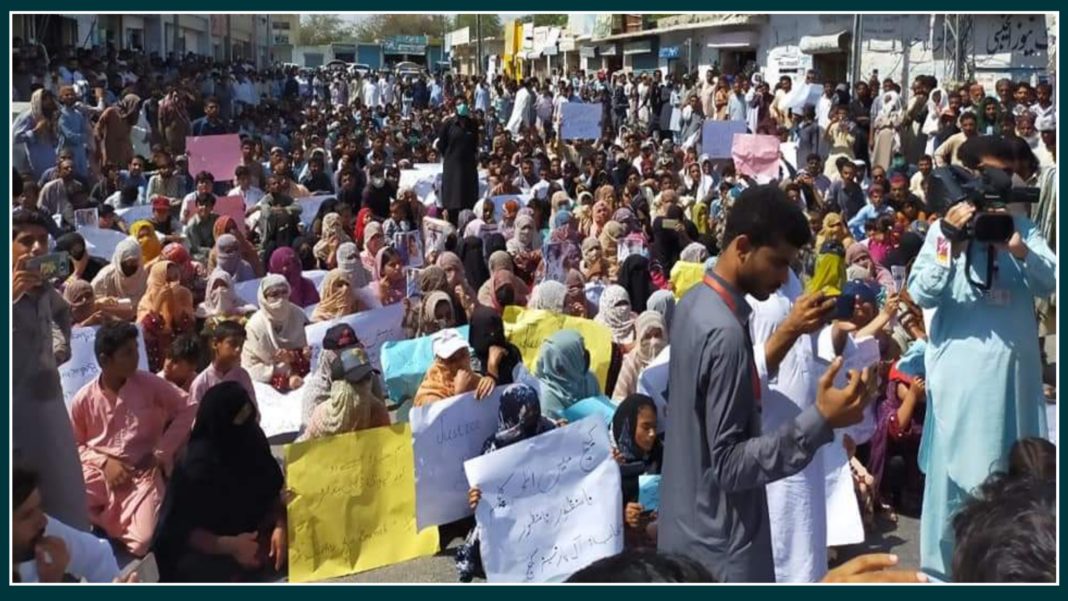 The rally started from Dannuk and ended up in Fida Shaheed Chowk.

The participants carried placards and banners asking for exemplary punishment to the culprits involved in Dannuk incident.

They also demanded the arrest of Sameer Sabzal who is alleged to be the head of gang, involved in Dannuk incident.

Three of the robbers had stormed into the house of Jasim Ameer on 26th of May in Dannuk area of Turbat. Malik Naaz resisted and got martyred and her 4 years old daughter Bramsh got injured. The family members managed to catch one of the thieves (Altaf Mazar) on the spot and handed him over to the police.

The other two culprits named as Abdul Basit S/O Faiz Ulla from Panjgur and Saif Ullah S/O Munir Ahmed from Shahrak have also been detained and FIR has been lodged against them.