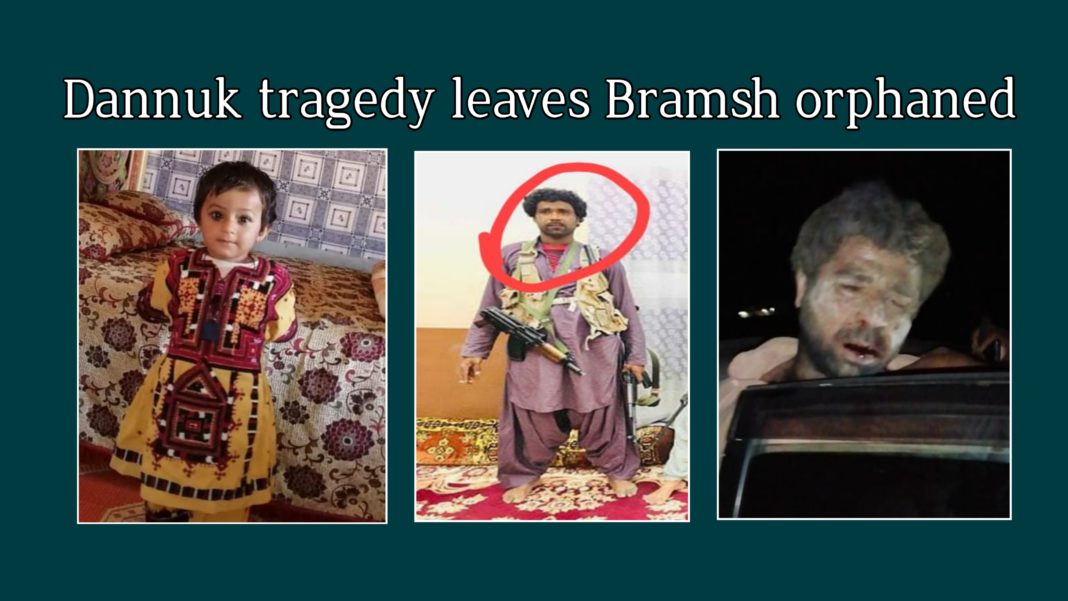 TURBAT: Three robbers stormed into a house in Dannuk area of Turbat late night on Tuesday.

Three of the armed robbers jumped into Jasim Ameer’s house where they were remonstrated by a lady. She was shot dead, and her 4 years old daughter (Bramsh) got injured. Later, one of the three thieves was caught by the rest of the people. People handed him over to the Police for further investigation.

As per the Turbat Police Press Release, the detained thief is recognized as Altaf Mazar from AbsorTurbat who was caught at the spot. He had a pistol with him and his bike is also under the police custody. The other two culprits are named as Abdul Basit S/O Faiz Ulla from Panjgur (residing in Turbat) and Saif Ullah S/O Munir Ahmed from Shahrak (now settled in Turbat) are also caught.

Police has also taken under their custody the Corolla car which was used during the robbery along with the robbed items. (Laptop, watch and mobile phones).

During the last two days, multiple posts have been shared in social media. Some of them ask for justice for Bramsh whereas some others claim the robbers have strong connection with the Finance Minister of Balochistan, Zahoor Buledi. As a picture of one of the three robbers was captured with the minister. In response to the accusations, the minister tweeted that the man came to him for a picture and as a public representative he could not say no.

Later on, some other pictures went viral on Twitter and Facebook showing the culprits participating in multiple programs of Balochistan Awami Party (BAP) in Turbat.

The former Chief Minister of Balochistan, Dr. Abdul Malik Baloch also held a Press conference on Thursday (28th of May) to discuss about the robberies_ particularly the tragedy of Dannuk. He said everyone knew who the real thieves were but they had the support of influential people.

“Government does not need to compromise with the robbers in this case and finish the entire set up of the thieves in the city”, continued the former CM.

He also urged the government to bear all the treatment expenditures of Bramsh and compensate the deceased lady with honoring her as “martyred”.

Dr. Abdul Malik Baloch asked the government to apply the policies of state towards eradicating the heinous crimes being done in the city or in the entire province.

Bramsh is under treatment in a hospital in Karachi. She also went through a successful operation. But, every time she comes to her sense, she poses some questions: “Where is my mother? Why doesn’t she come to me? Is she angry with me?”

Amidst all the troubles, Bramsh suffered the most who, in a very young age, lost her mother. Now that she cannot get back her mother, she deserves to get justice by bringing the culprits before the courts and provided with severe and exemplary punishments.