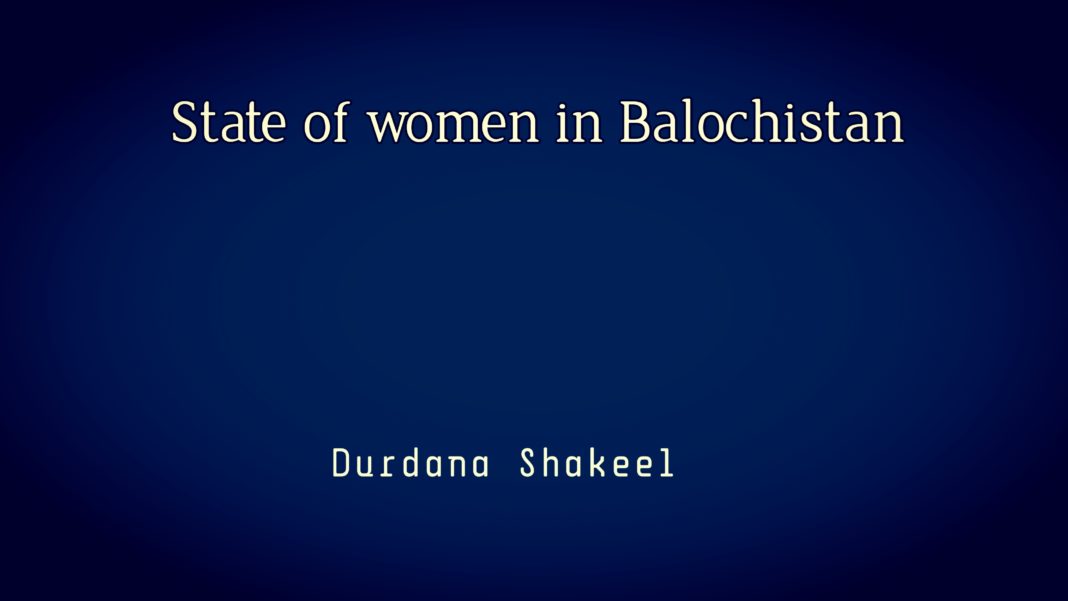 It is a hard truth that we are living in a society where we are always bound with the perception of others. As a human being every one has dreams, passion and intention for their life, but many of them wipe out their dreams due the norms and values of the society_ no matter if they are right or wrong.

As we can take the example of Baloch nation. If here a girl wishes to be a singer or an actress, her parents force her to quit her dream due to the fear of society. In simple, we fear of the questions posed on us instead of answering them bravely.

We often think what would the people say if a Baloch girl sings? How will the society treat her? Or Baloch daughters do not sing because it is against the norms and culture of Baloch society.

They always work on the opinions of others and thus end up in crashing the dreams of daughters. The society is a murderer_ the murderer of the dreams of Baloch daughters.

The world has reached on the moon but we are still so backward. Because it takes two to make a sound. And we are trying to clap with one hand, which is against the natural law. We consider women are only meant to sit at homes.

However, we should do the things which we like but in the progress of growing up and wanting to be liked by others, we often forget about our dreams and selves. The greatest harm that one can do to their selves is deceiving themselves. Dishearteningly, we have ignore ourselves for pleasing our society.

It is not being selfishness but reminding our selves that why essentializing the self is important. But, who cares if a girl’s self-importance is challenged? It is the women themselves who can make a difference.

Hence, we should focus on what we (the daughters) need rather than what they (the society) impose on us. We need to remind ourselves that we are humans and there is a limit to every thing we can do. So, stop living your life on the perception of others and follow your dreams.

Thus, avoid the people and the activities which exhaust positivity in you. You should keep a distance with the people who take away the shine and smile from your face. It is high time we worked for our dreams and made efforts in achieving our goals.