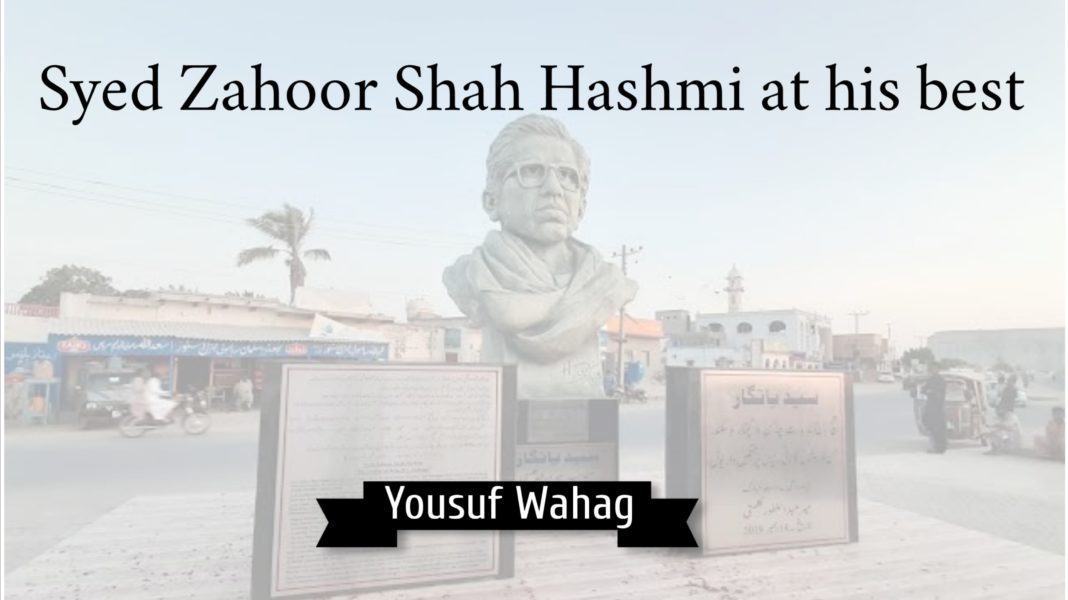 Syed Zahoor Shah Hashmi is a well-known figure in the Balochi literature. He was a poet, linguistic, researcher and novelist who worked from dawn to dusk for the promotion of Balochi language. He is also known as the founder of Balochi grammar.

His poetries were sung by many Baloch singers. One of his best poetries sounds as;
‘Tai gham dile tawar int
Cha dila jeta nabeten.’

This poetry comes with various chains of facts and how someone expresses the love to someone. The relativity of the poetry feels best connecting people of all ages. For instance, here are the turning lines.

Here, the poet happily confesses the wounds of her love as his heartbeats. Fortunately, this happens only to him, no one else in the universe.

So, he wishes to keep the miseries with him till he lives.

He grieves and enquires his duck diamond about what she is bleak. He says to his beloved just be demanding to him whatever she wishes. And, he ensures her to bring her wish into reality.

He further writes, his beloved needs his own words, smile and praise. He says she is not going to agree with anything or anyone else without him. Neither any message, nor messenger is going to replace his need to her, Syad believes.

With the climax, Mr. Syad Hashmi mentions being a Baloch and bearing her without revenge. He points that he is compelled by his beloved or else in return, he would wound her as much as she could not bear.

As being a role model of mine, I find Syad’s poetries best to me. He inspires me inches to inches in writing. That is how I had dreamt to tribute a review of his peotry to all his fans. Syad Zahoor Shah Hashmi is always an immortal soul in the Baloch community.