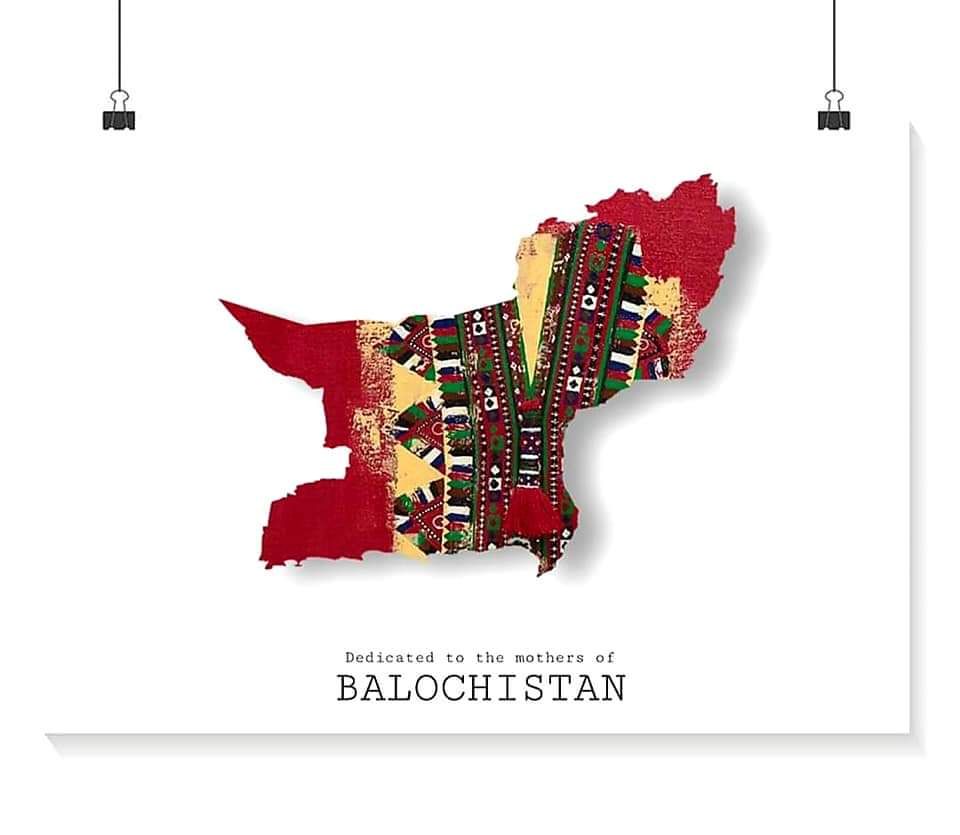 QUETTA:
Balochistan, usually associated with images of barren lands, mountains, deserts and political unrest, has a rich culture of arts and crafts which is still unknown to many Pakistani. One of the popular arts and crafts of the region is the Balochi embroidery, which is mainly done by women.

While most of the motifs and designs of Balochi embroidery have been inspired by nature, some of the patterns take inspiration from the pottery of the Mehrgarh civilization, one of the oldest civilisations of the world, which once existed in the Bolan district of Balochistan, says Faheem Baloch, a lecturer at the University of Balochistan.

The art, which involves the use of threads, beads and tiny mirrors, has been passed down for many generations. “This is an integral part of the Baloch culture, which has been inherited by our ancestors,” says Mah Dem Baloch, who sells Balochi dresses to various shops in Quetta.

Intricacies of the art

The embroidery is considered by many as a Baloch emblem, distinguishing the culture of Balochistan with that of other ethnic groups. “The colourful and distinct embroidery patterns serve as ethnic markers, which differentiate Balochs from Pashtuns (Pathans), Punjabis and Sindhis,” adds Mah Dem, who hails from Makuran, better known as the Makran division, and has been involved in this business for the last 30 years. However, even within Balochistan, there are different embroidery designs and terminologies applied to garments from different tribes of the region. For instance, jalar, naal, kapuk and peri wal are popular in the Mekran division and kalati embroidery is attributed to dressing of people of the Kalat district. Meanwhile, Sibi, Mastung, Nasirabad, Jaffarabad, Bugti and Marri have their own unique designs.

However, the art doesn’t just come naturally and women in Balochistan have to practise regularly to master the skill. These women usually set aside a few hours for embroidery after completing their daily household chores. Speaking about the process, Mah Dem adds, “The girls and older women in interior Balochistan do not use charts or diagrams but create extremely complex designs in a random manner. They are guided by family members and elders of the area.”

Meanwhile, tastes and preferences regarding the colour of embroidered clothes differ for people belonging to different age groups. Whereas young girls prefer wearing embroideries in bright colours, older women wear dark colours like blue, black or brown and it is compulsory for widows to wear black or dark colours.

While both hand embroidery and machine embroidery have great commercial value, Baloch women in Karachi give preference to machine-embroidered and printed embroidery. The most expensive among these dresses, which range between Rs15,000 to Rs70,000, are made for brides. “It takes six months to a year to make one such dress,” said Shoaib Shadad, Baloch linguist at Islamic University Islamabad.

The popularity is not restricted to just local cities as there is a huge demand for Baloch dresses in Gulf countries where the Baloch population lives, informs Yar Jan Badini, editor of a monthly Balochi magazine.

However, Shadad feels that women employed in the embroidery industry are exploited by retailers and dealers in cities, who pay them a very small percentage of the price of dresses.

Support from the government

Meanwhile, to save the art from dying, the Balochistan government has patronised the region’s embroidery by establishing training centres in some parts of Balochistan, mainly in Makran, Kharan, Rakhshan, Kalat, Mastung, Khuzdar and in addition to awarding monthly stipends to students. The training centres were handled by the provincial industries department and the directorates of small industries.

However, Shadad is of the opinion that the embroidery industry needs proper marketing as well as modification in terms of technology. The art demands efforts and time and it should be kept alive with more support and appreciation.