Home Articles Working together for a better Buleda 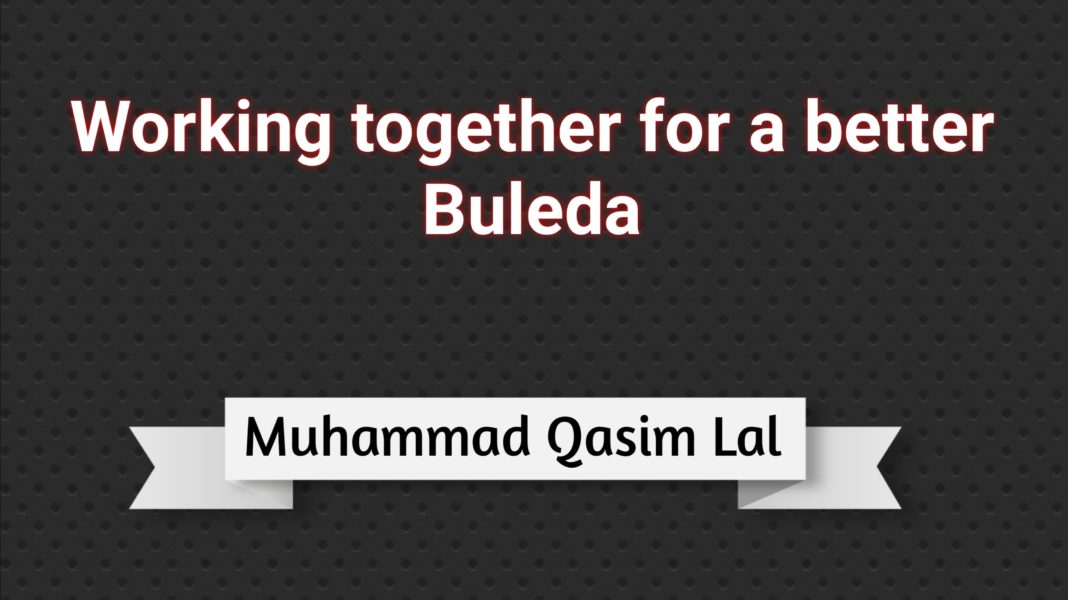 Historians, with the time, have explained society’s formation, destruction and the role of citizens in it. In fact, the most important role in the formation of a society is definitely played by the most educated class. However, this also remains a fact that some loopholes exist in this class but they are never to stand for their personal interests, but a community as a whole. They always work, struggle and exercise all sorts of efforts together for the development, buildup and formation of a society.

Sociologically, a society’s building block is, to boot, stemmed by every contributing citizen. No matter what status a citizen holds, every walk of citizen should devote as per their position.

No doubt there exists some societies where you find intellectuals, scholars, and philosophers but they are still deprived of morality, ethics and good nurture. And when it was dug out, the reason behind destruction of so many societies was the hollow roles being played by the members of those societies.

In the same manner, Buleda, a tehsil in district Kech, is a dilemmatic tehsil which is always left by its own citizens.
Though, genuinely, Buleda has a fecund and fruitful soil, it has produced intellectuals, scholars, philosophers and even scientists. And when it comes to the beauty, the Tehsil is unbeatable. It has beautiful mountains, attractive picnic points, picturesque views and striking weather. How blessing one is with all the necessities of a beautiful life in a town with a natural glimpse over it. Sadly, it has lost its value by its own people.

It is a bitter but a vitriolic truth, being a citizen of the same Tehsil I have never ever put an hand forward for its buildup and ethical amelioration. I although sometimes ask myself that why do I stand to moan with great grievance? And then an answer comes from somewhere within, because I am a part of this beautiful blessing and always in exploration of a better outcome.

To be very frank, Buleda acquires an optimal class of educated people. They include parsers, poets, artists, writers, doctors, teachers, engineers, advocates and many more. But, they have rarely shown their hand in the advancement of the Tehsil.

Dishearteningly, we have got plentiful other issues in our town such as, people die here even from a minor ailment, good roads have always been a dream, accidents are common on the way to Buleda, sewerage system is the worst, dirt enjoys the roadsides, water problem is with us for long, shortage of electricity and many more. But, we have always been goodly fine with them all. Because now we are used to them.

But, drug smuggling has been something painful. It has separated the beloveds and killed the innocent youths. Sadly, we are the suppliers of drugs, we are the sellers and we ourselves are the buyers. We have been even bearing these all till date, although.

As per my analytical approach, the only reason behind our decimation and ruination is we have not owned our Tehsil yet. We do not care whether others live and survive peacefully or not. Whether or not I am surviving well is all our concern. As a society, this is not the appropriate way to great prosperity.

For a success as a whole, the educated class must come upfront to work collectively to have a society where youngsters shall be busy with education and sports other than drugs. We should keep our personal interests aside and must devote ourselves for the society. Every individual, living in Buleda, should pay services for a better and fruitful society. It is your home, it is my home and it is our own home. If we do not own it, it will get spoiled and wretched. The only thing which would left will be guilt and lament thereafter.