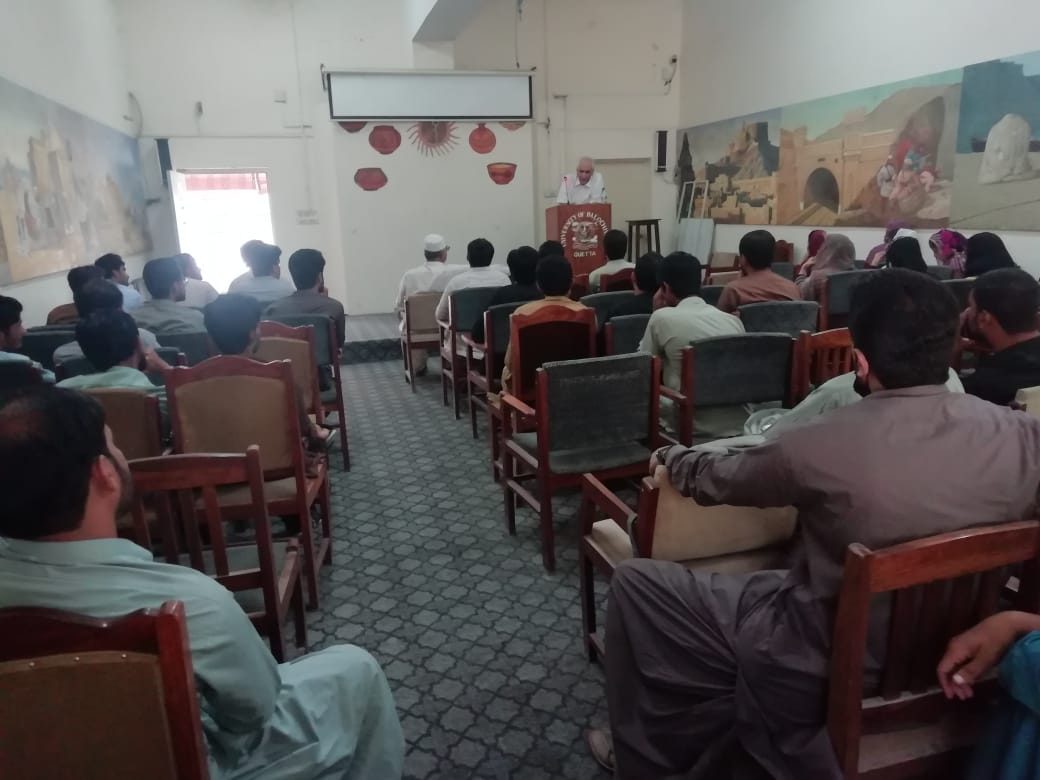 The lecture was delivered by the well-known Baloch novelist Muneer Ahmed Badhini.

The topic was “the role of intellectuals in a nation”.

While discussing the human history, Munir Ahmed Badini said there was an everlasting history before the existence of human beings and each individual has an history of his /her own.

on the role of intellectuals, Baloch novelist said the educated segment of the society is responsible for the development and destruction of a nation as they have a crucial role to play.

An intellectual can be a writer, politician, philosopher, psychologist, social activitist and a literary man as well .

In fact, they don’t only provide theories, but also apply them practically with the objective of searching the main fundamental failure of the a nation or a society.

“An intellectual proves himself to be considered the back bone of a nation because of his everlasting contributions towards a nation,” he continued.

There was a question and answer session, in which many of the students asked different questions regarding the selected topic, philosophy and literature.

Finally, he thanked Baloch Students Action Committee for inviting him for the lecture.