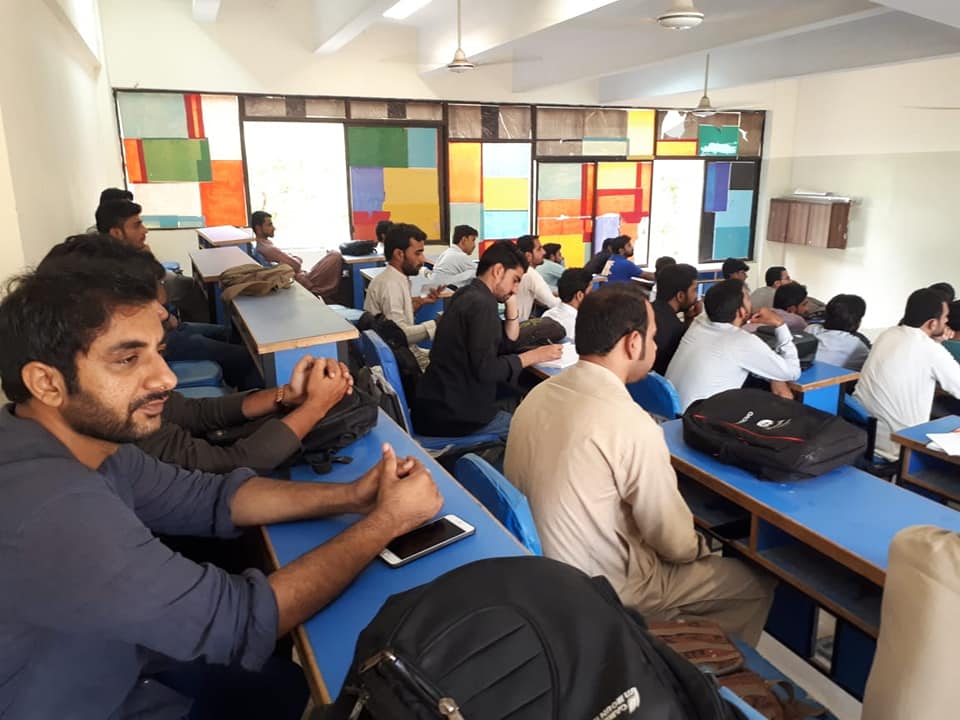 Professor from Department of International Relations (IR), Karachi University delivered the lecture. While defining the term Realism, IR Professor said that the term Realism means a way of seeing, accepting and dealing with situations as they are without being influenced by your emotions or false hopes.

He further said that those who possess power always rules in the world and every state in the world wants to be more and more powerful for in order to maintain their existence. Powerful countries occupy those countries which are weak.

KU professor said that the word politics means power. Whenever any person gets the government, then he/she uses it according to his/her own objectives. He said that Mekawali has differentiated the power in two forms; Individual Morality and State Morality. He said that Individual Morality means all those ethical acts and powers which are possessed by one person and the State Morality means the morality and power which are possessed by one state. Unfortunately, today, no any state works in its defined jurisdiction of morality.

IR teacher said that Thomas Hobbes is a British thinker who says that when nations were in war with each other in world, then they decided that they need a superior class for the protection of the entire system; socioeconomic interests of nations. After reaching a conclusion of this idea, people of Britain finished the kingdom system, took signature of all kings and established a government for the first time, and an agreement also came into existence which asks for the fulfillment of fundamental needs of people.

Professor said that today United State of America wants to occupy every inch of world by the use of its power. He at the end of his lecture said that according to the concept of realism, states are not bound to any system in the world, they can take benefits from the internal socioeconomic conditions of any other country, and to protect themselves from such consequences, the countries which believe on realism are always prepared for war like situations. IR professor said that if any one gains power in our society, then they always suppress the weak classes. When any country owns power, then they always do trade with other countries for the betterment of its economic conditions, and every country becomes powerful for its own safety and they never think about the national interests of other countries.