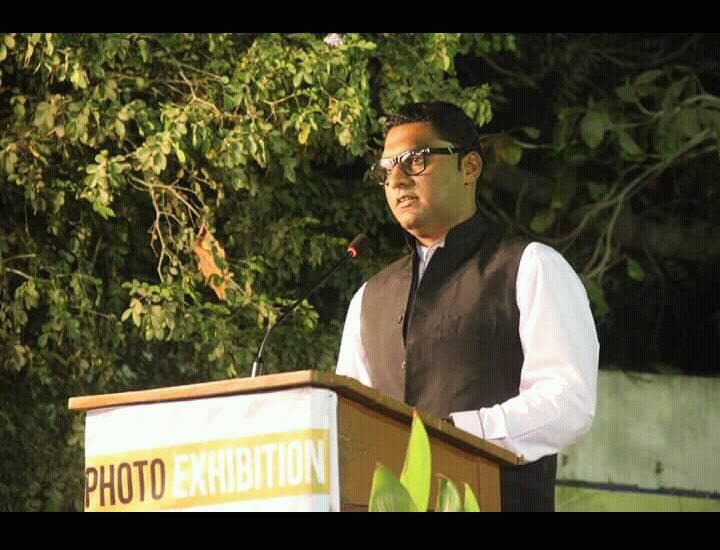 Today, the streets of Lyari might be known as the hub of gangsters, drug and weapon smugglers, but decades ago, it was the center of international footballers and boxers. In the same narrow and filthy streets of deprived Lyari, there still exist dozens of zealous and passionate youth who wish to enrich themselves with the blessings of education, but there are miscreant elements who want to close the doors of education for the talented youth of Lyari and even the teachers who are attached to a noble profession, discriminate the students on the basis of race, religion and ethnicity. The same happened to Umair Razzaq Baloch, a talented student of Benazir Bhutto Shaheed University Lyari (BBSUL). He studies Bs English from BBSUL and is the topper of his department. He was awarded by the governor of Sindh for his extraordinary talent and he has remained the debate winner of his university.

The Baloch News contacted Umair Baloch and asked him to narrate the actual story of discrimination, he responded, “the story began when I Launched my Book at the University on 27 March 2018. Some of the teachers of my department had great fear of me and my talent. As they saw my book being Launched they felt insecure and started to undermine me in the class. They stopped asking me questions in the class. They ignored me while taking class. At last, they targeted me during exams by declaring my result before the final examination of the last semester. My in charge Shagufta Khurram has grudges against me I still wonder why. She marked Zero in my Thesis Marks sheet and did not allow me to sit in my first paper of Journalistic writing. I, then, appealed to the Vice Chancellor and submitted an application to him and the Student Welfare Officer.  For a complete one month both the authorities could not take any action against what had all happened with me. Then I requested my mentors and some influential people outside to consult VC and resolve the matter, but yet he did not ensure my safety against that injustice. I still waited a month, then finally the VC said he was very helpless before the teachers union. Then, I asked for some legal suggestions from some senior professors as to how to resolve this issue legally. They all replied that the only authority is VC, but unfortunately, he is a dummy VC. At last, I had no other option, but to drag my case in media and the public.”

This is how the education system of the country deals with a talented student and Umair Baloch is of the opinion that he is subjected to discrimination because of being a Baloch and a Lyariite.

Such acts of discrimination in educational institutions are against the professional ethics that’s why many of social activists and educationists have joined the campaign and are raising their voices against the teachers who are involved in this nonsense act of discrimination. While talking to The Baloch News Mahira Ahmed Miyanji, who works as advocate for girls education said “it is understood that Lyari has always been victimized of this discrimination because they don’t want Local talent to be the part of this mainstream profession.”

When asked why the teachers who are considered to be students’ spiritual partners behave so harsh with their students, Mahira said it was still unclear why these teachers were targeting the students because of their cast and race; however, some of the teachers were being enquired by the NAB over the issues of their fake degrees.’

She further said teachers had formed an illegal union to pressurize the Vice chancellor in order to gain illegal benefits from the university and such union-ship and monopoly of quake teachers must be eliminated so that every emerging talent could get a secular atmosphere within the institution.

She is of the opinion that such incidents can be overcome by the strong power of the higher authorities and eliminating the element of political hiring.

When asked about the success of their campaign she responded, “our campaign against such teachers will build a great pressure if the rest of victims keep themselves in touch with this campaign.”

It is not the first case where teachers have misused their power against the vulnerable students rather such cases happen in most of the universities in Pakistan, but mostly the students remain silent fearing that they might face the worst consequences if they raise voice against the teachers.