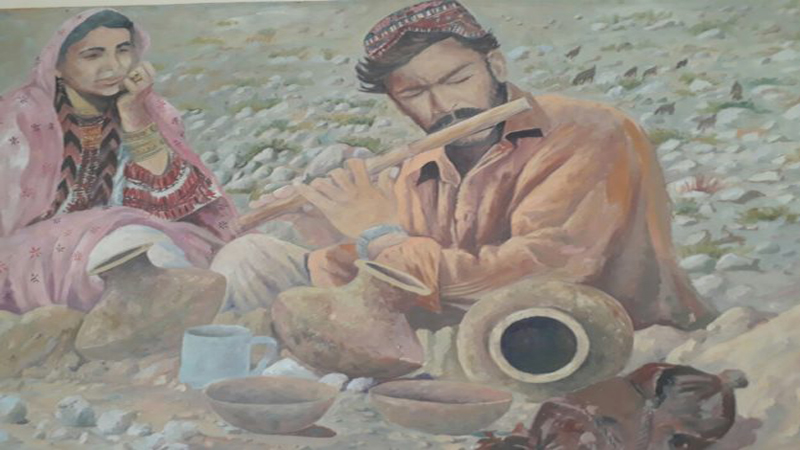 Stories are perhaps the most valued heritage of any literature in the world. It’s the folk tales, lore and poems that tell us about the early histories of nation across the globe. The Baloch, too, come to know about what their ancestors did back in time through folk stories composed by poets of that particular time. The literature of Baloch reached us from person to person and generation to generation.

Basically, these were stories composed in poems which also preserved our history. And the Baloch never forgot them because the poets who told those stories had mastered the art of “Shair” poet, Dom and lori (Professional minstrels) played a significant role in the development and preservation of Balochi literature, writes historian lnayat Baloch in his book “The problems of greater Balochistan”. He further writes through Dom and ’lories’ ‘ Balochi has been handed down to the present day with substantial accuracy’.

Stories have also proved to be the source of strengthening the Baloch’s patriotism.

‘I laugh at rulers like you said an unknown Baloch in a poem when in 17h century Iranian emperor, Nadir Shah sent his grand army to pacify the Baloch and to bring them under Iranian control.’

How is it possible to vacate our land because of your threat and fear? It is difficult to die, but I will sacrifice my life on this occasion’ added the unknown Baloch in reply to the Iranian emperor’ s threat.”

The romantic epics in Balochi frequently tell of lovers who due to circumstances were separated but still remained faithful to each other, one of the most famous romantic epics is that of Hani and Shay Mureed who although were engaged and were separated by a trick of Mir chakar, the chief of the Rind then married Hani”, Writes the linguist Carina Jahani in her research book, “standardization and orthography in the Baloch language”. Apart from ballads and poems the Balbch have also told stories in prose.

However, these stories have been written relatively recently, mostly after the Second World War. Writers like Syed Hashmi, Muneer Badeeni, Ghani Parwaz, and Saba Dashtyari have earned names by printing short stories in Balochi. There are also good writers in the current generation, like A.R Dad, Dr.Naguman, who are given credit for contributing good short stories and novels to the Balochi literature.

The Baloch have always been very good at telling stories and we find proof of that in our classical poetry.

The richness of the tradition can be proven by the fact that we can tell a story, recite a poem on almost every occasion be it to merely lull a baby to sleep or to pacify the nerves of a warrior in the battle field.