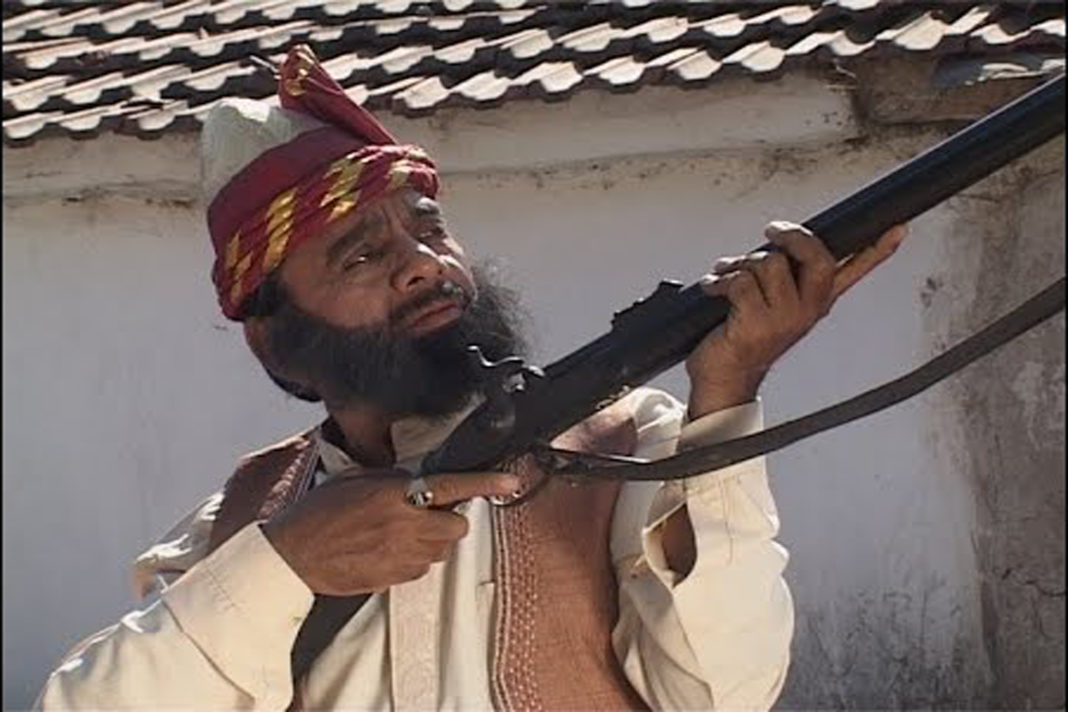 Qadir Bakhsh Rind Baloch alias Kadu Makrani was born and brought up in Makran, Balochistan. He rose up as an insurgent in Kathiawar, Gujrath, got martyred and buried in Karachi in 1887 in Mewah Shaw graveyard (Lyari). He is also remembered as Eastern Robin hood. When life became hard for him in Makran, Balochistan due to British regime, Kadu Makrani with his tribe migrated to Kathiawar, Gujrath in 19th century.

Moreover, they were much favored due to their services; therefore, they earned territories as reward. Kadu Makrani was disturbing British imperialists, so it was their extreme need to break the power of Kadu Makrani and his tribe, but they faced the fiasco.

Furthermore, he was given a chance to either give up his weapons or to be ready for a fight. So, he and his tribe took the plunge to fight against British. British imperialists Were not surprised by Kadu Makrani’s decision as it was a move of a Baloch warrior. When British forces invaded Baloch villages in Kathiawar with their weapons, Kadu Makrani with his few but gallant comrades fought very courageously. Lots of people died from both sides. This was followed by series of guerilla attacks on British forces and their local friends by Kadu Makrani while British forces faced the failure to defeat Kadu Makrani and little but brave army. The British regime announced Rs.1,000 on his head.

In 1887, Kadu Makrani’s companions suggested him going back to Makran because of the bad circumstances of Kathiawar; thus, he moved to Ahmedabad; and from there, he went to Karachi by train. In Lyari town of Karachi, he told a camel rider to transport him to Makran, but that man recognized him and became greedy to get reward. The camel rider told Kadu to meet him behind the Baghdadi police station where the forces were already waiting for him. When Kadu reached there and became aware of his plot, he killed both of them and escaped from there.

While he was running through a narrow street of Baghdadi, an unknown laborer hit him with a stone on his head. He was captured and sentenced to death in 1887.

His dead body was received by Waja Durra Khan. The brave son of Baloch was buried in Mawashah graveyard in Lyari.

Kadu Makrani was famously known for chopping off the noses of his enemies.

It is true that he used to chop off the noses of local informers of British forces instead of taking their lives. People of Gujarat through their folk songs and poems conveyed the true history to new generation to preserve this fact.

Even today, lots of people come to his final resting place to remember him. Relatives of Kadu Makrani and many other Baloch from Makran are also settled in Kathiawar.