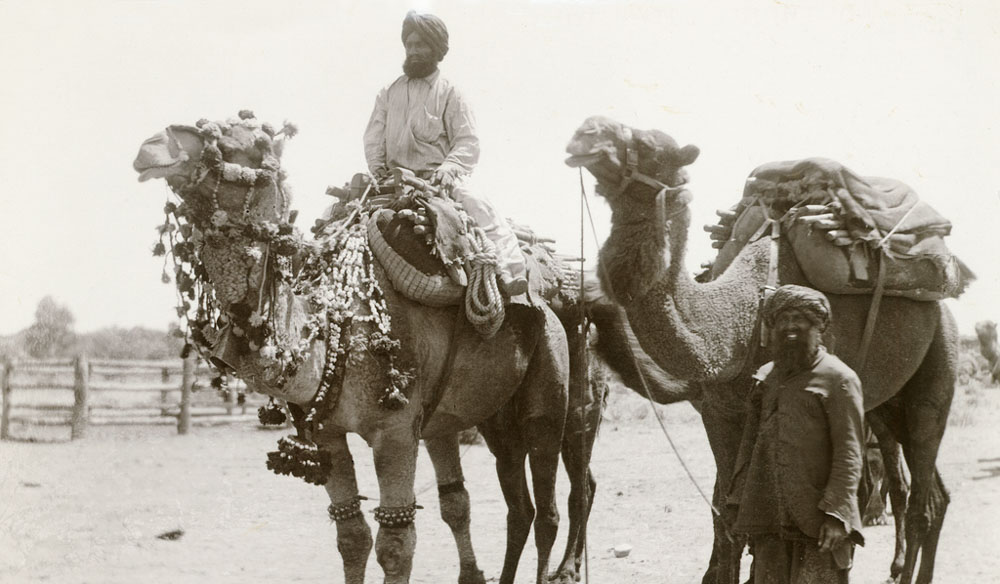 On Saturday, 31st March, 2018, High Commission Pakistan (Canberra, ACT, Australia) organised an event for Pakistan Resolution Day with the help of a Baloch girl  Ms Rida Aleem Khan to give recognition and respect to 158 years of Baloch-Australian Heritage. The event was hosted at a Baluchi Restaurant in Melbourne, and Baloch food was served, alongside a presentation about the origins and culture of the Baloch, the role of Baloch women and a detailed history of their contribution in Australian since their arrival in 1860s and early 1900, initially as cameleers with their ‘ships of desert’ but later adapting to other professions, helping Australian economy and building infrastructure as the Overland Telegraph and Trans-Australian Railway.

A one minute of silence was attributed in the honour of Baloch Australians. Many of these Baloch came from various provinces of Pakistan and its neighbouring regions.

In 1884, a mosque was ‘hand-built’ at Hergott Springs (Marree, South Australia) by Baloch cameleers, which is also the first mosque in Australia, making Baloch community the oldest Muslim community introducing Islam to Australian soil. The town (Marree) eventually had two mosques, the northern of which was abandoned around 1910. Another report indicates a mosque was deliberately demolished in 1956 by its elderly caretaker, Syed Goolamdeen, who could no longer maintain it, since many descendants of Baloch no longer practised Islam.

Many Baloch married Anglo-saxon and Aboriginal women, and their descendants like Nancy Joy Baluch make Baloch Australian community proud. In her earlier years, Joy Baluch attended Cook and Port Augusta Primary Schools and Port Augusta High School. She married Teofil Stefan Baluch. Joy Baluch served as Mayor of Port Augusta (South Australia) from 1981 to 1993 and from 1995 until her death. She was awarded the Centenary Medal in 2001and was appointed as a Member of the Order of Australia in 2007 “for service to local government in South Australia, particularly through contributions to economic and regional development, and to the community of Port Augusta and region.” Local newspaper titled Joy Baluch as the “Iron-Lady with a big heart.”

It is understood that the 72 years of White Australia policy limited access to the literature about people of different races and many records has been destroyed about people of colour including Baloch people. Thus making it difficult to track their history and location, especially since most people think the cameleers were Afghans when in reality, they were Baloch and mostly from modern day Pakistan.

Upon interviewing Ms. Rida Aleem Khan said; “as a young Baloch girl growing up in Australia, in a small country town, I never found any books about Baloch people in my school library nor did I get taught history about the cameleers at my school. Even the books about Pakistan were by non-Pakistanis and media spoke negatively of Muslims.”

“When you have Khalida Brohi and Shamim Mari doing Ted Talks, Madiea Ghafoor making history in Olympics, young girls like Maheen Baloch running street classes and Uzma Haya Baloch expressing her artwork; it surprises me that not much coverage is done on the work by many Baloch girls from Dera Ghazi Khan and surrounding areas,” says Rida.

“We may not speak Balochi or Brahvi, but Saraiki-speaking Baloch community is just as Baloch as anyone else and it is so important for many young Baloch growing up in Western countries to have positive Baloch role models, especially Baloch women like Joy Baluch.”