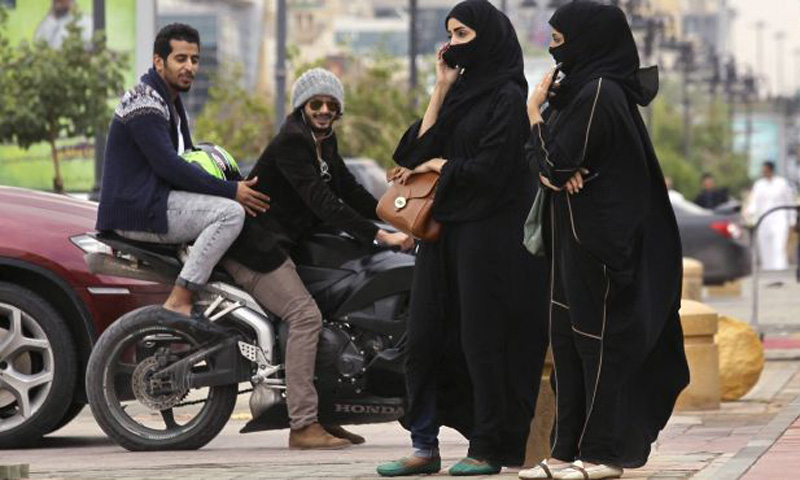 Have you ever been stared? How have you felt when you are ogled for hours? Much has been written on this issue, that men often stare and ogle women of every age group for hours in our society (some female writers I have read on this topic had shared their experiences). I am trying to give this issue an anthropological touch to understand this cultural phenomenon.

It is true that the norms and values of our society do not allow men and women to intermingle freely. There is a strict mental, physical, social, political, educational segregation between men and women in Pakistan. In addition, the peculiarities engrossed in the socialization of both the gender create more differences and complex pattern of interactions and relationships. This form of gender relationships affects human interaction on different levels, in institutions and public places.

As an anthropologist, we do understand that how the cultural stock of knowledge and cultural baggage that an individual carry determines his behavior and bargaining power in different contexts. Importantly, these forms of particularities dominate, and patriarchal values of our society extend to every institution of the society. From the socio-psychological point of view, an individual’s behavior get influenced in different context i.e. Group behavior, Gender behavior, Private-Public behavior and expressions. You may have observed that in the presence of particular gender, (Not always girl, can be your parents, teacher, or maybe you are presenting something in your class, the pitch of your voice, body language, fluency and communication get influenced). For instance, the educational institutions are not free of such practices and behaviors, although we consider education as an enlightened process of our society.

You may have witnessed that both the gender i.e. male and female outside their familial kinship relatives, consider each other some bizarre species. The uneasiness and socio-psychological frustrations intensify the degree of behavioral expressions and performances.

These gender relationships are further defined by the class, social, cultural background of individuals and the rural-urban setups and the educational institutes in which individuals have been studied and socialized. The experiences vary from individual to individual, for example, individuals who have studied in co-education are more easy to co-opt in environment where both gender work side by side whereas individuals who are not exposed to such type of experiences and institutions are reluctant to accommodate in such environments easily. Given that, universities provide such an opportunity to both genders to work and participate in different activities together. On one hand it offers a new part of experience in one’s life in Pakistan; it has certain implications for both the gender on the other. This can not only be true about universities but in public sphere, work place and community.

Girls from the early age are secluded (keep in mind the class or socio-cultural environment) in the four walls and not allowed to interact with boys and as well as boys are stopped from speaking to girls other than their relatives. Hence, this physical, mental, gender segregation alienates both the gender from each other. It may be noted that when girl walk into the room, department, university, men stare and ogles her for minutes. Not to rule out the possibility, that in Pakistani context, most of the girls-boy friendship relationships start from mutual gaze and making an eye contact, this maybe the reason that why eyes are so romanticized in literature, songs and poetry.

Girls also stare and to give a glance to a beautiful person may be fine but to move your head like camera and ogle women for fifteen minutes as if they have not seen women in their life counts in harassment. Passing comments like MashaAllah, Subkhanallah, “bachi check kar” and so forth is a common practice in Pakistan. I have observed this in my friend circles, that there will be a serious discussion going on, or you will be addressing a friend and he will be ogling girls rather to pay attention to your words.

Let me tell you something, once in university I was going to department, a junior approached me and asked me if I could explain “how to write research paper” to him. I can hardly excuse people, I told him, let’s sit and discuss, as I outlined the parts of the research paper and started to explain each part while he was staring at girls that time (I was so furious and controlled myself, In reality I just wanted to slap him in the face but I told him we will discuss it some other day and left). To conclude, staring is an offensive act and a form of mental and psychological harassment. Ironically, there are specific designated places for “Poondi” and everyone rush to those places to vent their frustrations.

There are other decent ways to interact, approach and develop healthy and normal relationships in any environment. Girls are the same human species; we should stop looking at them like alien creatures and accept the fact that passing atrocious comments on any gender degrade one’s dignity and self. Staring is an intrusion in one’s space, and it needs to be controlled in order to make a stare free society.