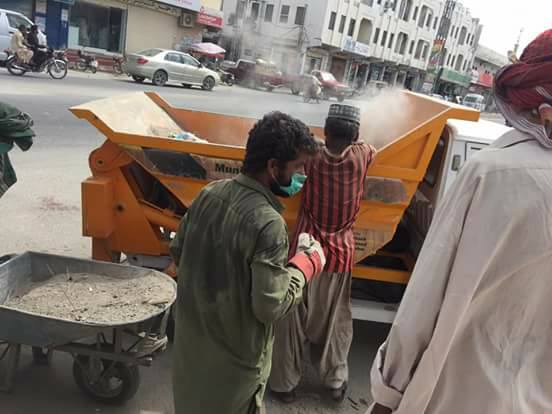 Municipal Corporation Turbat has started cleaning and maintenance of the roads and city.

The construction work of Turbat City Development Project left the city’s roads with mud and dust which needed to be cleaned immediately as the people of the city were facing problems.

The Officer said due to spray, malaria and dengue cases up to 90 percent had been reduced in the city.