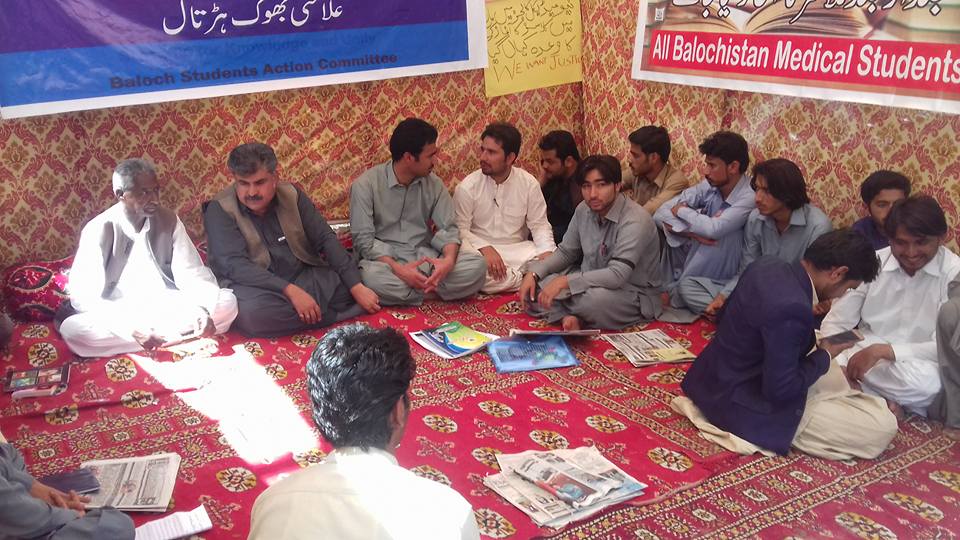 Baloch Doctors Forum (BDF) has extended full support to medical students who are on a hunger strike to gain the attention of the concerned government officials for making the new medical colleges functional in the province.

BDF Spokesperson issued a statement saying that agitation is the fundamental and democratic right of students and due to the negligence of government students have become compelled to stage protest for the fulfillment of their demands.

Spokesperson said government has been making hallow promises with the students for four years, but the officials could not make the medical colleges functional which is an extreme level of injustice with the students of Balochistan.

Baloch Doctors Forum assured of providing every possible assistance and support to the striking students.