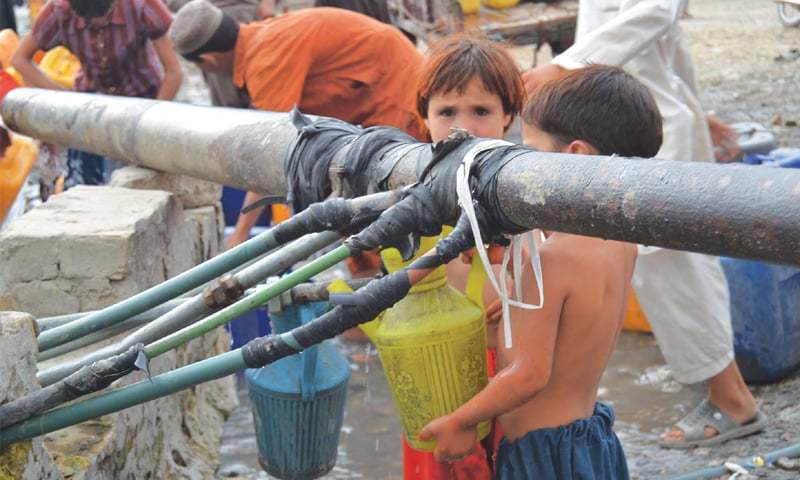 Balochistan, the largest province of Pakistan by land, is replete with mineral resources and has many vulnerable issues higher than the other provinces of Pakistan. The people of the province including Baloch, Pashtuns and others face critical challenges like Terrorism, Targeted Killings and Lack of quality Education system. But one of the major problems is the issue of water shortage which is yet not considered as a boiling matter and the government officials are busy in eliminating the menace of terrorism.

In near future the people of Balochistan will face the problem of water shortage. According to the United Nation (UN) Quetta, the capital of the province requires 150 million gallons of water but the Water and Sanitation Authority (WASA) provides only 40 million gallon. The local people have started up business of selling water though tanks in Quetta city.

Moreover, it has been predicted that in 2025, people of Quetta will start migrating from the city. From the conversations and dialogues of twenty years in the parliament, there is still no solution to gigantic problem.

Furthermore, Gwadar city which has the 2nd deepest sea port also faces the same issue of water shortage. The port has been handed over to the Chinese authorities and the construction of the port is in full swing. The PML-N government has signed various massive trading projects including Gwadar-Kashgar route, but has not revealed a single theme plan on the shortage of water issue.

The writer is a team member of The Baloch News