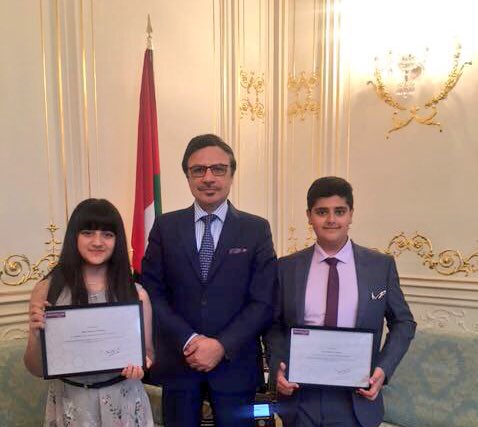 The thirteen years old Adeeb Al Balushi became one of the eight world’s most impressive young medical pioneers and his inventions were acknowledged by UK university.

The 13 year old boy is from Emirat and he impressed the world with his medical and scientific inventions.

He was found all smiling after the University of Manchester honoured him for his great inventions in medical and scientific fields.

In 2013 he became popular when he made a “car seatbelt heart monitor, a cleaning robot and light-weight prosthetic limbs.”

Al Balushi also invented a fire proof helmet. His smaller sister Dana was as well honoured by the University for her gorgeous achievements in medical and scientific fields.