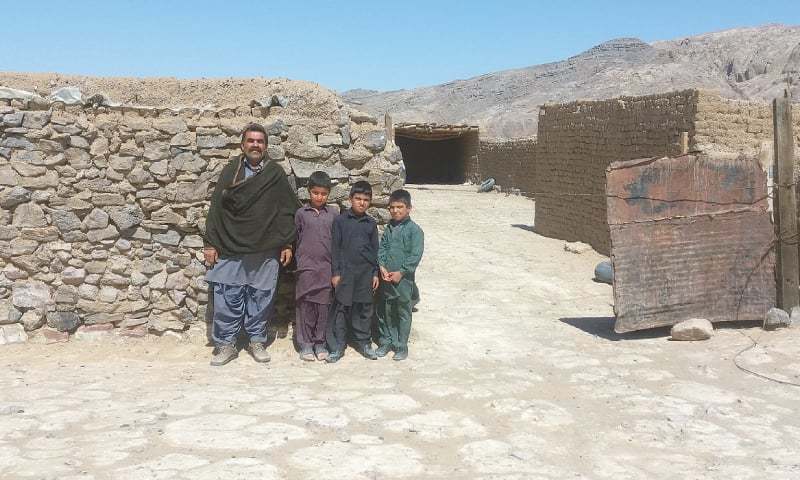 ONCE a month, Wahid Mohammadzai goes to Afghanis­tan by a pick-up to bring dried wood to sell in local markets. Earlier, he worked at Reko Diq gold-cum-copper mining project as a labourer to earn a monthly salary of Rs20,000.

I meet Wahid near Kili Hummai, his village, some 15km from the main camp site of Reko Diq. He says he is a chowkidar at a privately owned mine in the Reko Diq area. He is paid by his employer a pittance and that too after three months. That’s why he has to bring wood all the way from Afghanistan in order to feed his family.

He wants the Tethyan Copper Company (TCC) to return to Reko Diq to resume work at the copper-cum-gold mines. The reason: he will be getting Rs20,000 every month.

After travelling for almost over 500km from Quetta, the derelict Naukundi town appears along the National Highway. Naukundi is also the hometown of Senate Chairman Sadiq Sanjrani.

Reko Diq is 85km from Nauku­ndi. Between Naukundi and Reko Diq, there is not a single human settlement across the road.

A saga of survival of people living near the gold mines

There are few human settlements on the eastern side of Reko Diq. One of them is Kili Siah Reg, close to the main camp of TCC. The village has about 40 houses that have been abandoned following the closure of the TCC camp. Empty houses of this hamlet are filled with sand. Walls have either collapsed or eroded due to extreme weather. My driver tells me the residents were supplied water by the TCC and it was the Reko Diq project’s closure and consequent halt to water supply which forced the thirsty residents to move elsewhere.

Under the shadow of the picturesque Hummai Gar mountains, Kili Humai comprises two tiny twin villages having a hundred or so houses made of mud bricks and stones.

In Hummai, my host is Saleem Mohammadzai, who is in his 30s. He tells me these days his major source of income is the dried wood business. Like him, other villagers also depend on this business. “If you can’t do it, then you and your family won’t have a morsel to eat for days,” he says, eyes brimming with tears.

Hummai lacks basic amenities, only has a well, from where women and children fetch water. Besides, the village has been severely hit by drought, like other remote areas of Chagai district. Livestock, the main asset of the villagers, has perished.

“It has rained only after we lost our cattle,” bemoans Ghulam Mohammad Moham­madzai, another villager. “Water table has also plunged to unreachable depths.”

When the TCC was working in the area and most of locals were engaged there in labour work, “we were merely chowkidars of Reko Diq, despite the fact that we have been living here for centuries,” laments Saleem.

‘I pray for company’s return’

Habibullah Mohammad­zai, 60, comes to meet me at Saleem’s house. He does not have children, and lives with his wife. In his twilight years Habibullah was working with the TCC as a mistri. Now he is financially supported by his brothers. But, day by day, it is becoming difficult for him to survive. Sometimes he and his spouse have to sleep on empty stomachs.

Saleem’s nine-year-old son sits next to me. I put into his pocket a Rs1,000 note. After a while, Habibullah whispers in my ear whether I could take care of him too.

Next day, Hummai seems almost vacant. Saleem says most of the locals have left for a truck that has brought ration for the drought-stricken village, for the first time in their lives. The truck has been sent by Sadiq Sanjrani’s father Asif Khan Sanjrani. He sends these people truckloads of rations, to secure the vote bank for his family, especially ever since his son assumed the office of the Senate Chairman.