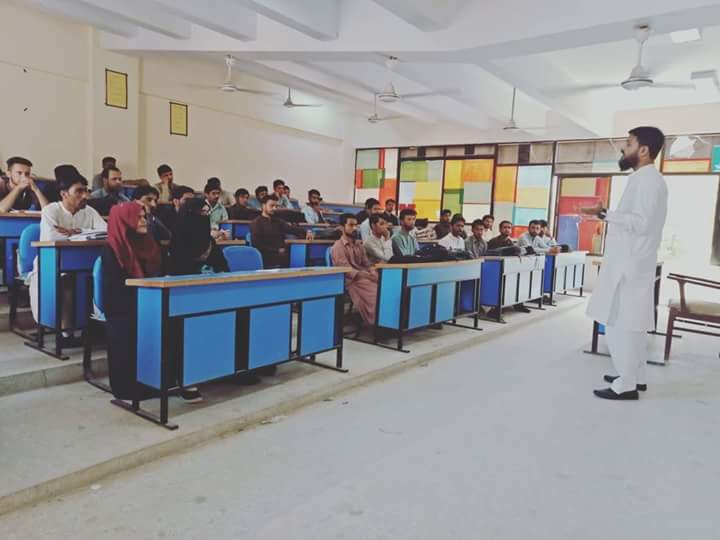 Professor Adnan Khan said that Balochistan means half of Pakistan in terms of geography. It means that Balochistan has the half role among the total stockholders which are vital in economic development of Pakistan, and Balochistan is also strategically important. There are two types of country in world; agriculture based country and industry based country. Such as Europe is totally an industry based region of world. It means that Europe doesn’t have river system and resources of water to run its agriculture.

With the inception of Pakistan, it got a river system which is called as Indus River and the British which had rule the subcontinent for one century had built the canal system here that also came in the part of the country. Due to the river and canal system, the entire agriculture of Paksitan became dependent over it.

Professor Adnan Khan emphasized that Pakistan is not just an agriculture land because the province of Balochistan which constitutes half of the entire geography of Pakistan is full of rocks and minerals; natural resources.

The country having countless quantity of natural resources is called as rich country, but unfortunately the politicians and bureaucracy of Pakistan couldn’t use them in the economic development of the country for last 70 years. 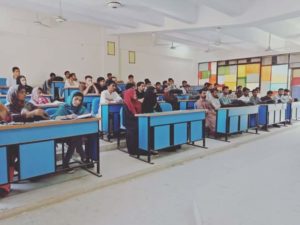 Lime Stone is one of the natural resources which is the raw material of many industries and is being exported to China in raw form because China knows its value. When a material is sold in raw material, it loses its worth; same is the case with Lime Stone here. China uses this Lime Stone in its Cosmetic Industry, Paper Industry and lots more.

Balochistan has industrial ores and minerals such as Gypsum, Lime Stone, metals and Chloride. Coastal region of Balochistan is rich in Clay which is used in processing of oil and gas, and clay is also a raw material of lots of industries, but it has never given value for its use.

Professor Adnan Khan said that if Pakistani politicians could have been serious then they could expand the canal system to Balochistan and could use its expanded geography for the purpose of agriculture as well, as Balochistan faces shortage of water due to its different climatic system.

In the end of his lecture, the lecturer said that we have to make universities of Balochistan rich in terms of research, science and technology in order to be capable to utilize natural resources of Balochistan in the economic development of the country.