Home Articles Is Nali a picnic point only ..? 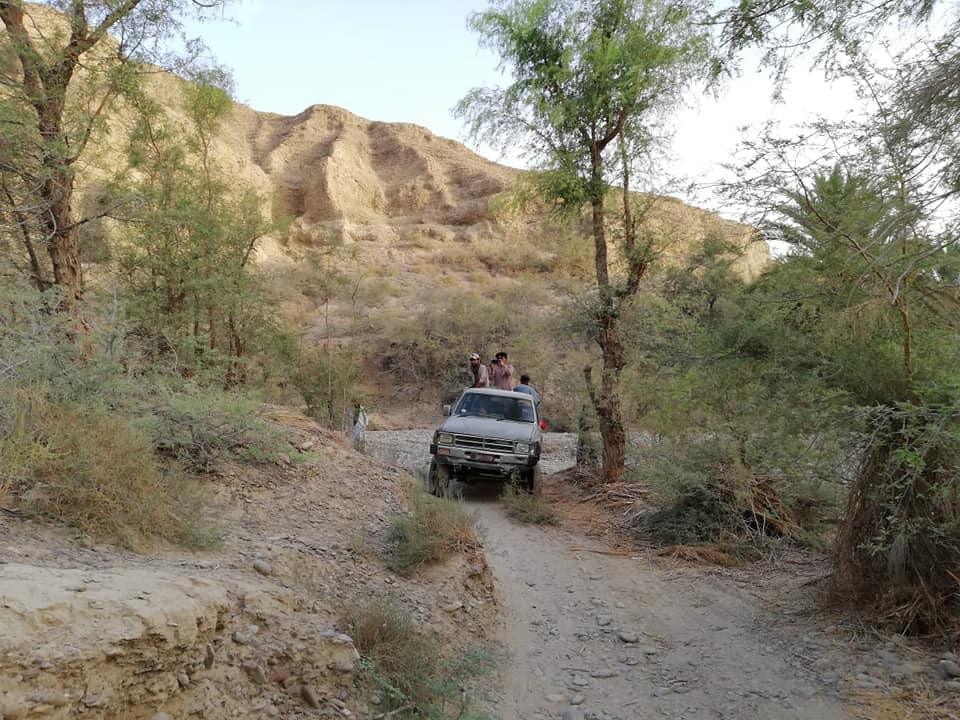 Nali is a picnic point nearly 50 kilometers north of Turbat city. On various occasions, the residents of Turbat and nearby villages visit Nali for enjoying with their beloved ones. The way of Nali, too, leads to Zamuran and Buleda. The point, Nali, is God-Gifted. There is a waterfall from the mountains which brings the utmost beauty of the atmosphere. But is it a picnic point only?

My recent visit in Nali disclosed some unseen things beyond Nali’s existence. I saw a family settling ten kilometers away by feet from the main picnic point in Nali. As a writer, I found it my duty to highlight their hardships in front of the world to make them, if noticed by the authorities, live a better life.

Three brothers were living in a family. I interviewed one of them for the other two were in the nearby village for some pieces of work; Hussain, Ababakhr, and Obaid. The area in which they are living is also known as “Hussain ee alk (Hussain’s society)”.

“We have settled here before 70 to 80 years. We were living in the main bazaar of Kassak (A nearby village) but as we had these all livestock which were our sources to earn few incomes to run the family, and there was the famine of water in Kassak. Resulting from it, our ancestors were compelled to migrate in Nali.” Said Obaid, the younger brother of Hussain.

Their arrival in the congested area was a compulsion for which they are in trouble yet by now.

“We want to migrate back to Kassak but the place we owned in past is now possessed by someone else. There was no any documents-of-land system in our ancestor’s time. And now they have more power than us.” Obaid added.

We have a problem to fight against our own brothers. Despite knowing the financial instability of Hussain and brothers, their lands are taken forcefully.

“But we have bought 2 acres of land outside Kassak and we are planning to move there whenever we get enough money for shifting.” Obaid quoted.
While I asked about his other two brothers, he said that they had gone to Kassak for an urgent piece of work.

As Nali is a famous picnic point in Mekran, there use to come a number of people for picnics.

“Whenever people come here for the picnic, we get enough food to eat that day. The day is like Eid for us. While on the other days, we manage ourselves with anything we get for eating.”

The residents pray to Allah each day to send people for picnics.

More importantly, we could find some very young children with them who were learning how to have the goats and move towards the mountains for grazing them in spite of having pens and learning how to write with them.

“We have no access to any school in these areas. And Kassak is far from here. We cannot take them to Kassak for education each day. Although we wish to educate them, we are compelled.” Obaid answered hopelessly after I questioned him about the education of the young children.

Obaid’s son, who was 5 years old, was listening to our conversation. A friend of mine shook hands with him and asked him if he wished to join us in Turbat for getting the education. He looked at his father and quoted, “My father won’t allow me.”

“We are not happy to be settled here like strangers. We also wish to gain education and live very merry lives but poverty is ruling over us. As soon as we get a little money, we would be migrating to Kassak and living lives like the rest of the people live in those areas.” Obaid told us looking at his 5-year-old son.

Nali has always been the place of enjoying for the people of Turbat and the nearby villages, but no one has noticed that the people in Nali want something else. They kept describing themselves and their compulsions but we have always neglected them. Even many times the people have asked them to sing songs in order to take the food to their children. Sadly, everyone can’t have the characteristic of being a good singer. After they described their state of being unable to perform as a singer, they were not given the remaining food but thrown in front of them as punishment. They can do nothing but move back to their houses hungrily and hopelessly.

Therefore, I ask the Balochistani government to support the people living life in the mountains of Nali like strangers. They don’t know anything about the government and their rights. It is the official duty of the government to give them shelter and job opportunity. They need our support.