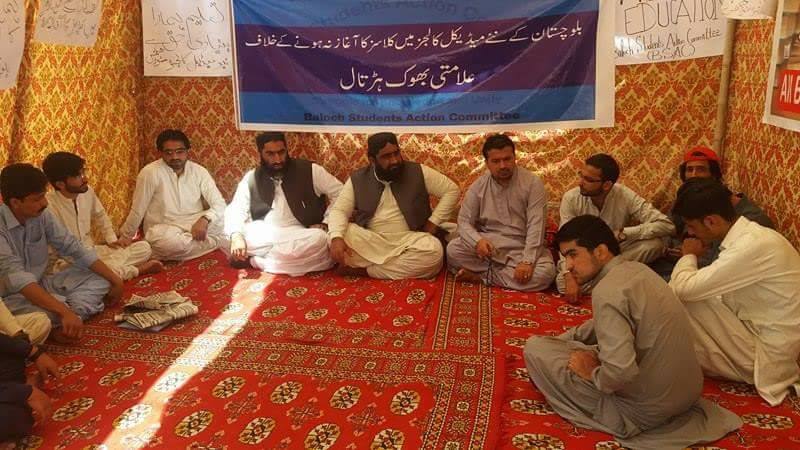 The spokesman of the organization issued a statement asserting that the constituted committee of the government officials should take immediate steps to address the issues of new medical colleges in Balochistan.

The statement said the students were compelled to stage protest as the classes in the new medical colleges have not been commenced and the concerned authorities failed to implement their promises.

Spokesman hoped the constituted committee would play a responsible and sincere role to solve the problems of medical students so that students continue their education rather than sitting in hunger strike camp.

Several political and social activists visited the staged camp in front of Quetta Press Club and expressed solidarity with the striking students.