Home Articles “Pity The Nation Unaware Of Its National Identity” 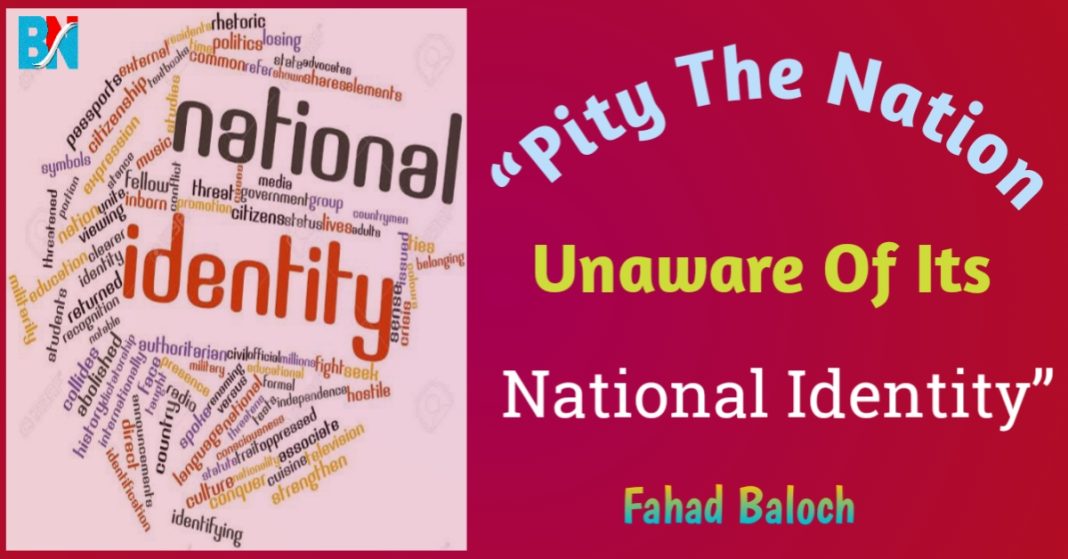 Different schools of thought define nation from their very perspectives. From them, the words of Joseph Stalin, Max Weber, Ernest Renan and Anthony Giddens are more favored, endorsed and referred to. Collecting the definitions of the abovementioned philosophers, we can draw that “a part of mankind with the common culture, history, territory, myths, language(s), heroes, economic bindings and the psychological make-up is said to comprise a nation”.

Based on disparate ground realities, the definition which, I feel, fits for Baloch is that of Weber. He admits, “Among all the social elements (history, culture, language etc), which form a nation, one component is very important: a person will solely be considered as a member of a nation who not only possess the cribbed elements, but most importantly, struggle for the national consciousness.” He stresses that this consciousness leads them to collect national thoughts and resist any unfamiliar element in their nation. “Otherwise, they will not be considered as a part of such a nation.”

Following the recent developments, nonetheless, national identity is the factor that incontestably unites the masses, encourages them to act, struggle and die together for the national interests. We can say, it is this national identity which attracts the national members to resist any evildoer and iniquitous thing against the opposition. In other words, national identity begets a state of affection, attraction and bond among the subjects, and guides them towards sacrifice and struggle with ardor and vehemence.

Africans, Cubans, Vietnamese, Chinese, Americans, Bangalis and many other nations struggled for their national survival in every form they deemed suitable considering the need of time. In fact, in the present era Palestinians, Kurds, Uyghur, Kashmiris, Baloch and many others are struggling to end their identity crisis.

Donald Trump, the former president of the United States of America, favored his Americanism in his public speeches. “May God be with Americans,” and, “Americans first” are his famous statements. They felt national identity was important because without an identity, a nation becomes ‘stateless’ and with no any powers to control its sovereignty.

However, without a national identity, no nation can advance, neither can it preserve its history, language, culture and land nor enjoy its own national freedoms. As Slobodan Milosevic quotes, “The loss of national identity is the greatest defeat a nation can face, and it is inevitable under the contemporary form of colonisation.”

All in all, a nation without a national identity reflects destruction of such a nation which would soon fade away from the world map. They will be just taken as a game where powers will certainly play with them; where they can be used to fulfill others’ interests (like being utilised as proxies). It is fatal for the people not being aware of their national identity.