Home Articles Thalassemia And Its Impacts In Kech 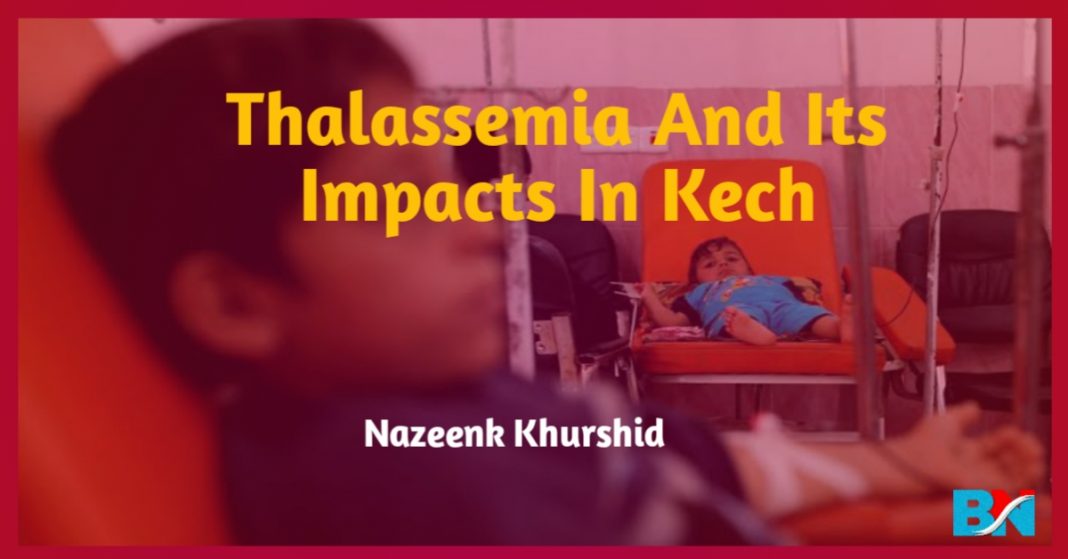 Thalassemia is a blood disorder which is caused because of less hemoglobin in the body. Hemoglobin enables the red blood cells to carry oxygen within. Due to lack of hemoglobin, this disorder is caused and it causes anemia too. Basically, there are two types of it: alpha and beta, affected owing to different causes and symptoms.

Another reason of thalassemia is the mutation of the cells in the DNA that makes hemoglobin. The mutation related to the Thalassemia is transferred from parents to children. In simple words, it is a genetic disease caused genetically. If a patient is having mid thalassemia, they might not need treatment. However, you can take several steps to cope with the fatigue which will occur by dint of anemia.
Further, the symptoms of thalassemia are weakness, pale, slow growth, dark urine, facial bones abdominal swelling and some others. Mostly, babies show signs of thalassemia after birth, while others can feel it after two years and sometimes the affected people do not have thalassemia sign anymore because of one affected hemoglobin.
It is rapidly spreading in Pakistan and in the entire world, especially in Makuran region of Balochistan. These patients need blood without iron in two weeks or a month continuously. According to a report, there are less or more 500 thalassemia patients in Makuran.
The least of people in Makuran initiated to donate blood for patients and opened a thalassemia care centre later named Kech Thalassemia Care Centre. Its founding chairman, Irshad Arif, said that once he found a woman sitting outside civil hospital under a tree. She was very sad. When he asked him the reason, she answered that her child was suffering from thalassemia and she had run short of blood.
Looking at the haplessness of the woman, he helped her by donating her with his blood. And then he started his journey by calling on his friends to donate blood on time to thalassemia patients. When he felt the need to do more, he went on to establish what is now famous in Makuran: Kech Thalassemia Care Centre – a hope for thalassemia warriors of Kech.
After forming the care centre, the team has went on to register around 300 kids who are donated with blood without iron freely and timely. To get the required blood, the team keeps setting up blood camps across Makuran Division and has approximately set up more than 120 camps so far. They are constantly working on their noble cause tirelessly and receiving appreciation from people of every sphere of life.
Facebook Comments