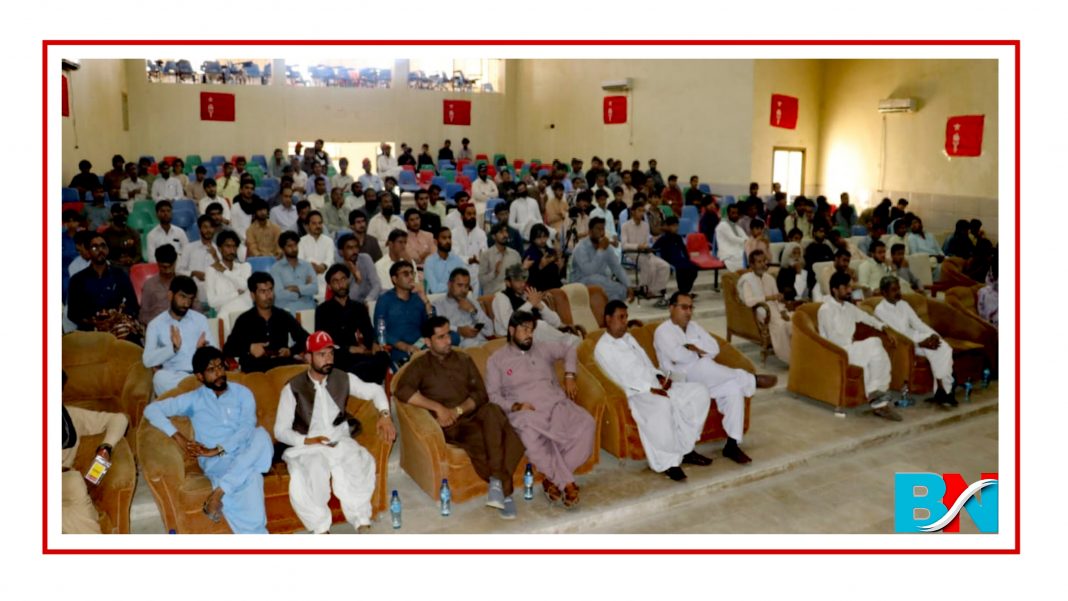 Baloch Students Organisation (BSO) held a two-day “Political, Educational and Literary Festival” in Atta Shad Degree College Turbat on 12th and 13th March. The festival was organised under the supervision of Turbat zone which included debates, panel discussions, musical nights, book fairs and so forth.

A central spokesperson for BSO said that the festival was held to promote educational, political and literary environment in Balochistan. He added that the festival was inaugurated by the principal of Atta Shad Degree College Turbat, Aman Ullah Baloch. The central leaders of BSO Balach Qadir, Nimra Baloch, Mama Azeem Baloch, Kareem Shambay and Syed Adnan Shah had joined the festival, he added, where they discussed on the importance of student politics in a panel discussion.

The other panel discussion was moderated by the Central Secretary General Mama Azeem Baloch which included Balochistan National Party (BNP) leaders Khudadad Wajo, Fida Hussain Dashti, and Balochistan National Party-Awami (BNP-Awami) leader Advocate Saeed Faiz as chief guests, who discussed about the challenges of Baloch politics, the role of national parties in national struggle and the political crisis of Balochistan.

In the second day of the festival, a Balochi poetic ceremony was arranged in the honor of the famous Baloch poet, Waja Mubarak Qazi, which was also presided over by the Baloch poet. Senior and newly emerging poets from Makran participated in the gathering and recited their poems.

The last part of the festival added a musical night in the memory of late Baloch singer Nabeel Qadir. Baloch singers Asumi Baloch, Rashid Sabz, Jam Ibrahim and other singers entertained the crowd. Various book and food stalls were also arranged during the festival.