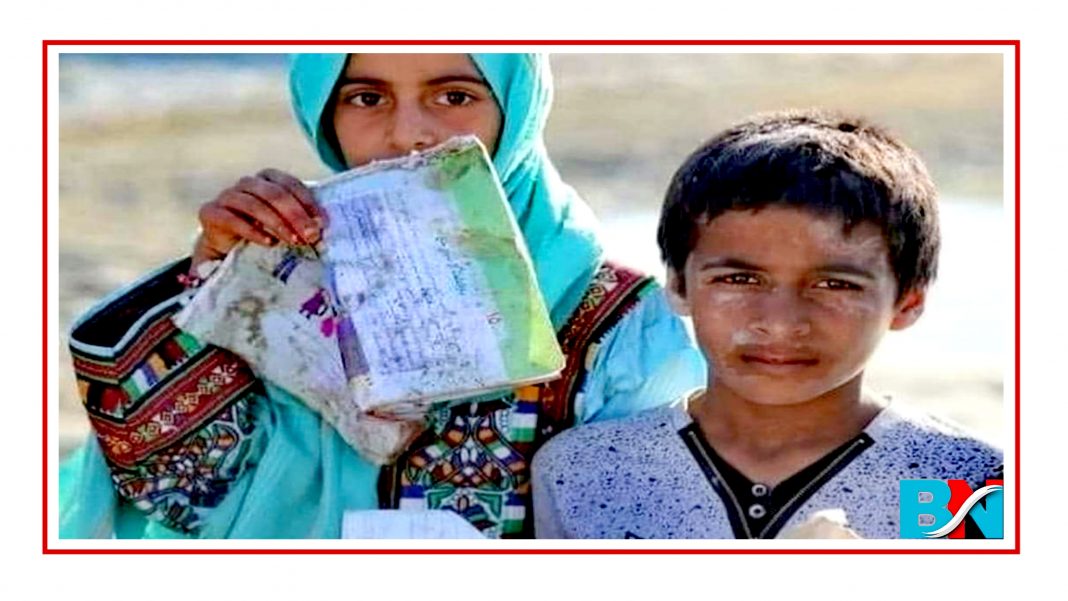 Balochistan is believed to be the least developed province of Pakistan despite being the largest province in terms of area by covering some 44 percent of the country’s territory. It is not only the least developed region in the educational sector but also in every step of life: be it the health sector, the social or infrastructure, Balochistan poses a deprived picture.

According to a general estimate, Pakistan has the world’s second highest number of out of school children which number around 2.3 million. They include the ones who are reported – the unreported are still a large part excluded in the estimation. If we get such a major ratio as out of school, then the development of our state will merely become a daydream.

Similarly, the province of Balochistan, which is also termed as the richest province of the country due to its natural resources, is found to be the “home of out of school children” with more than one million children away from schools. Unfortunately in Balochistan, around 60 to 70 percent primary and middle-section-aged groups are reported to be out of school.

Education plays a very important role in the progress of any nation or country. Our future also depends on our education. Islam, on the other hand, also stresses on the need for an education for both the genders whether male or female. But things are diverse in the Pakistani society where women are asked to look after the household chores only. They are caged in the four walls in majority of families, even surpassing the need for an education for them.

Today, as our nation is facing problems in this modern world, one of the biggest reasons is illiteracy. The literacy rate in Balochistan is very low. According to a report, the literacy rate is 39% in Balochistan with around 14,000 primary, middle and high schools, 116 inter and degree colleges and only 9 universities, which are very less. Sadly, among the aforementioned number of schools and colleges, a large part of schools are deprived of basic facilities like water, boundary walls, clean drinking water, sanitation and, above all, teachers. The given educational crises, however, leads to a great number of dropouts across the province.

It becomes mandatory for the provincial government and the other concerned authorities to pay attention to the grave concern of out of school children in Balochistan to save the young generation and the prosperity of the nation. A special attention should be drawn to educate girls in the region – specifically in the green belt – to cover the ratio of out of school children and engage more and more youth towards an education.