Fourteen new members swore in to form the cabinet of Balochistan during an oath-taking ceremony at the Governor House in Quetta on Sunday.

Member of Provincial Assembly Mahjabeen Sheran criticized the government for not including women in the cabinet.

In a tweet message she said, “Congratulations to the Male-dominated Cabinet. Fourteen ministers , five advisers, not even a single woman. It is a big, fat depiction that patriarchy is alive and well. It is happening at a time when women participation in public & political affairs is the need of the hour.”

It has been a norm in Balochistan politics, she added. 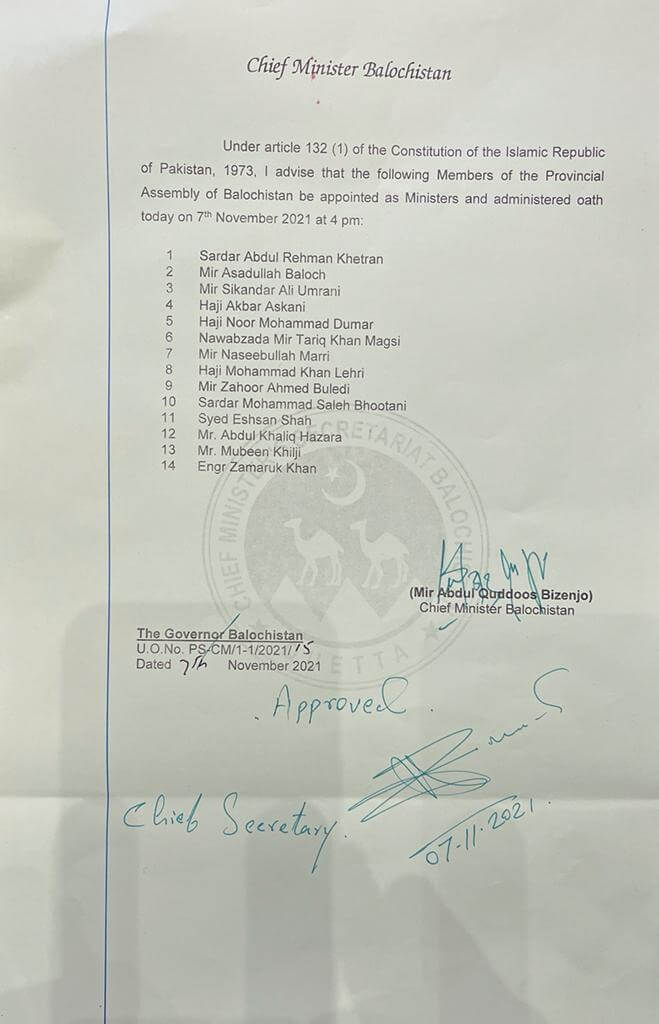 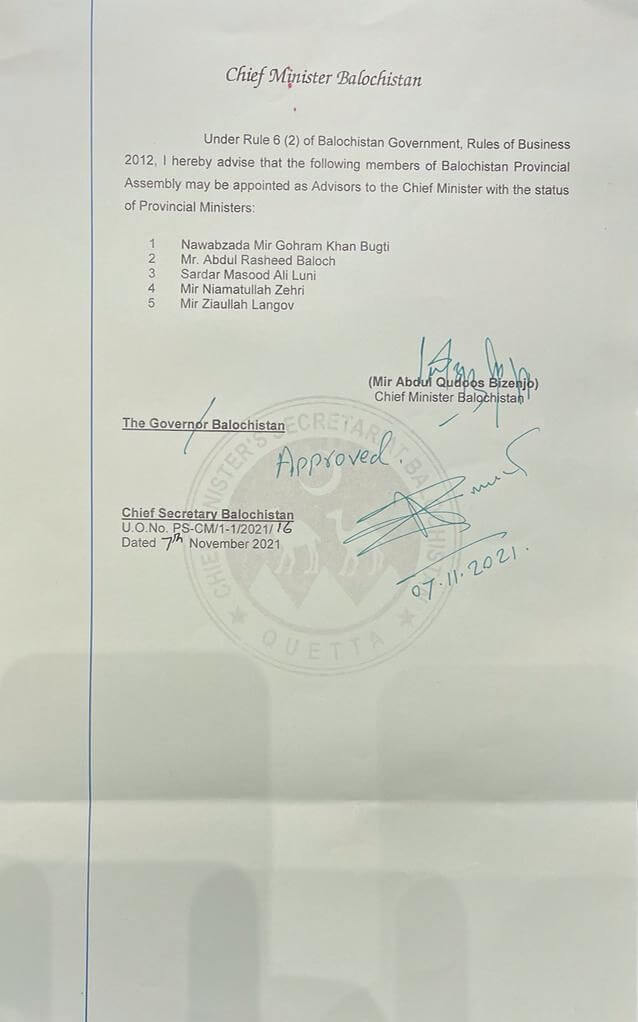