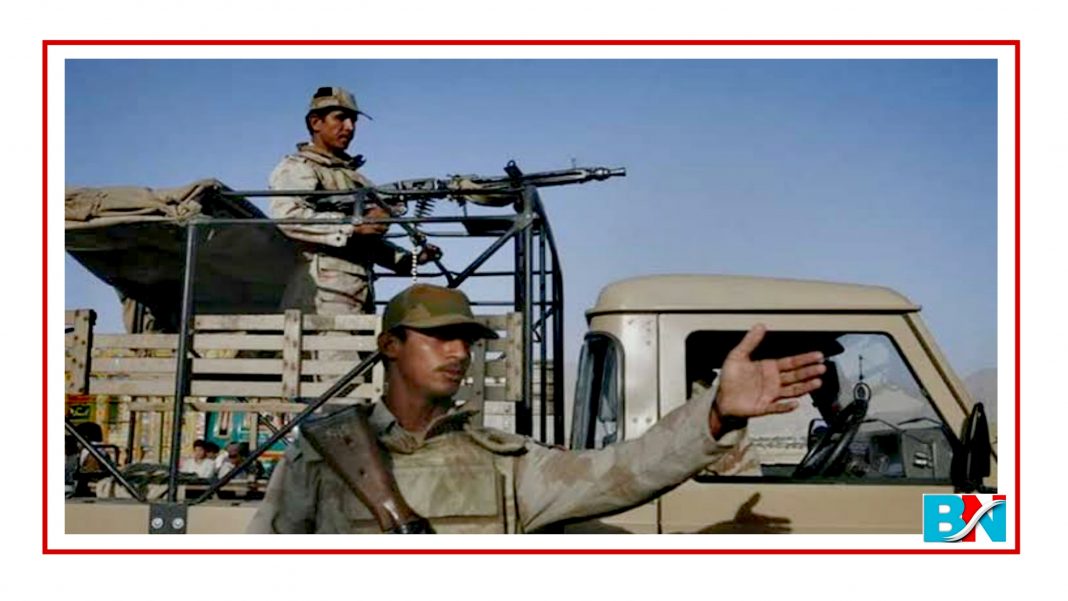 At least three Frontier Corps (FC) personnel were wounded in an ambush carried out by unidentified armed men in Sheshan area of Tehsil Hoshap, district Kech.

The injured personnel have been shifted to hospital in Turbat via helicopter and are said to be out of danger.

Frontier Corps have cordoned off the area.

It is a developing story