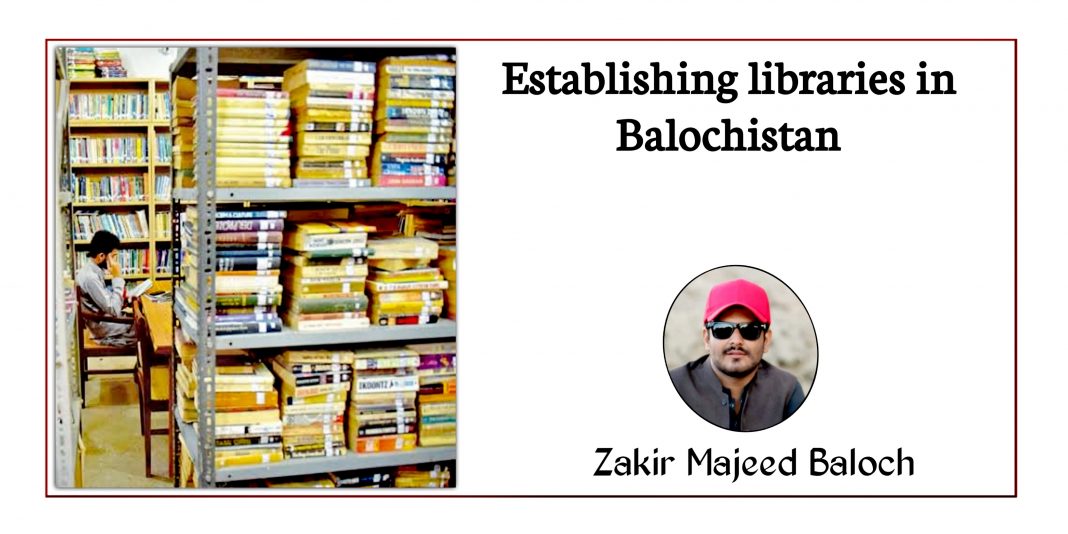 Libraries are deemed judicious places in any part of the world. The world focuses on enhancing the presence of libraries so as to promote reading habit. The basic element to giving a going hand to education is setting as many libraries as possible. Fortunate for most countries, they have set various libraries in trains and other public places which shows how sincere and concern they are for uplifting education. However, things are diverse in our part; our authorities rarely visit any site where a library is built, that too if they find their personal interest.

As in other countries, governments stand shoulder to shoulder with public to promote book reading culture; things are far different in Balochistan. Here masses voluntarily buy books for libraries, ask other students for donation, and even build libraries with their own expenses without a helping hand of the government. They [government] spend multiple money on scathing projects, but never pay heed to promoting education and book reading culture.

Likewise, Pakistan Petroleum Limited (PPL) set up a library in Kalat in 2012 which is the first library in the history of Kalat. There subsists a collection of major, relish books but, unfortunately, they are ebbing day by day. After the PPL’s expenses, no one has heeded towards this library.

The students’ delegations have repeatedly asked the authorities to resolve their issues but, to a great misfortune, district administration do not own the library. They abdicate themselves away from the responsibilities of the library, whereas, education department withdraw its moral, legal and ground support, too.

In a nutshell, the book lovers ask the government of Balochistan to work on building more libraries all across Balochistan which is the urgent need of hour. Secondly, if there already exists a library, government must own that and provide all the amenities so that it can function more effectively.