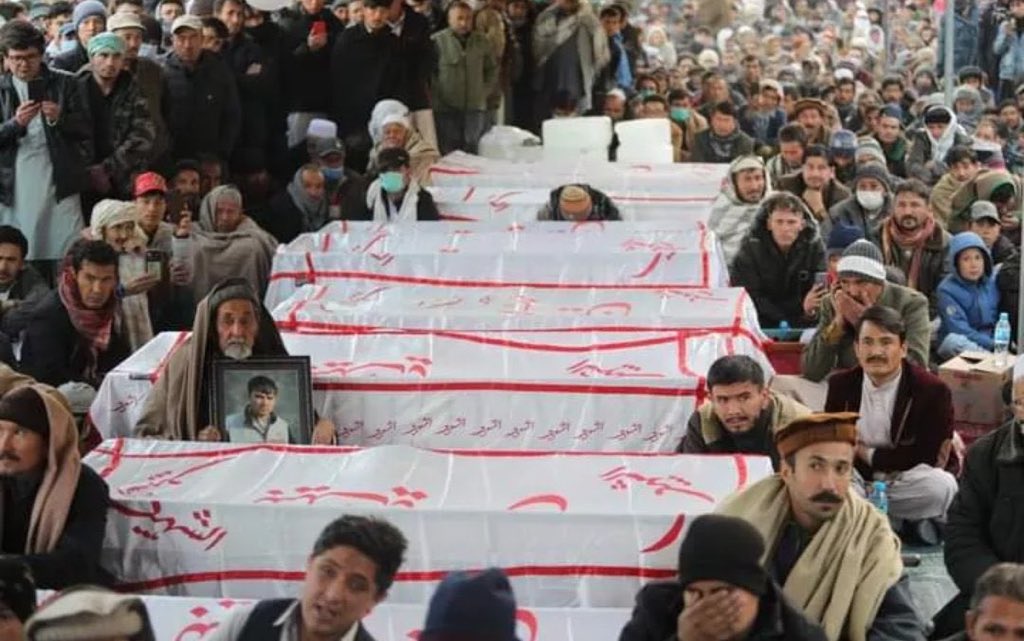 Gruesome slain of impuissance coal miners again compels the Hazara community to protest with the bodies of their loved ones in this freezing weather. This community is confronting extensive incidents where neither their children nor their women were forgiven. Such uttermost tyrannicide came about with them even no community has confronted in this country.

Howling and mourning faces are still inquiring why we are just being a whipping boy in this sectarian war.

No community has faced this bit of confinement where they are put today in our society. Masses give an instance of Kashmir that they cognize the value of freedom, but visit this community then you know how much they are confined; they are oppressed and limited in certain areas, deprived of livelihood and other common activities of life.

This community is going through harsh period of life. There is no any barbarism that they have not seen yet. You might have heard about Guantanamo prison and other dangerous prisons in the world but we are having two prisons here in Quetta; Hazara Town Prison and Marriabad Prison. It would be heartening for you people to hear that in these prisons people want to live, they do not want to come out of these prisons.

But worrisome for them is, how long this oppressed community will continue to pick up their mutilated bodies, as carrying five-six bodies of the beloveds is common for them. And now as usual, they will be sent home with temporary eyewash. The stakeholders should chalk out a comprehensive strategy to ensure the safety and security of Hazara community because they too have the right to live in complete freedom.