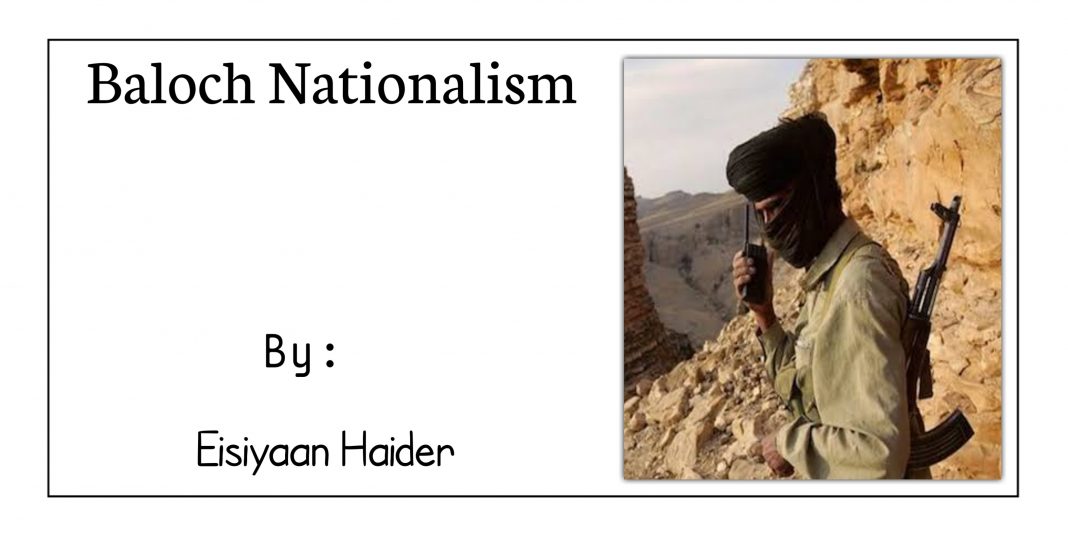 As the factual details are concerned, Baloch nationalism had its root in 1990s; even before that, they were getting uncountable endangerment under the brutal rule of British. Back then till today, Baloch nation has not seen the success of independent eyes to see the enlightenment of rising sun. Even, the period of cold war of 1947-1991 proved itself the most outrageous and shedded more issues for Baloch nation.

At that very time, the world was divided into two poles; the USSR and the American_ the communist and capitalist. Both of the countries, with much wisdom and plans, were using their optimal possible techniques to harm each other.

USSR, however, was a huge power at the time of Pakistan’s independence in 1947.
This imperial block was a threat to all over the world. Similar feelings of fearfulness victimized Pakistan. Since, this power could be the solid reason of leaving Pakistan in devastation.

It was an easy task for this power to reach out the strategic regions, including Pakistan, if it had access to the warm water_ the Arabian sea. Balochistan, from that time since now, is a strategic location and keeps best boundaries to get Pakistan to a strong position.

So, it remained imperative for the country to bring Balochistan under Pakistan’s regime [either by force or willingness] for the protection of its other geographical locations ultimately interconnected with Balochistan.

Actually, Baloch had a secular mindset. It created threat for Pakistan that the liberated Baloch nationalism could get influenced by communism (USSR) and its relation could cause high issues to Pakistan, as a result, accession to Baloch’s territory took place in 1948. One side the world was indulged in the grievance of cold war, at the same time, Baloch with Balochistan were suffering from the harshest stories.

The Baloch nationalism, in true sense, began at the period of cold war in the context of Pakistan. This ‘forced-merge’ of Kalat state with Pakistan did nothing but brought the roots of insurgencies in Balochistan. The very first insurgency was waged by Prince Abdul karim, the brother of Khan of Kalat soon after the forced-merge of Kalat state with the newly created Pakistan.

He even moved to Afghanistan for the sake of their kind succor, but all he got was the denial of assistance and met the wound of imprisonment. The arrest of Khan before the first martial law caused another insurgency, embarked another admirer of nationalism, Nawab Nauroz khan, who just wanted the withdrawal of the Baloch state with the release of Khan, but he too was arrested and passed away in the dark walls of jail.

During these events, Baloch nationalists faced hard issues but the love for nationalism in their hearts was strengthened the most. Instead of giving up, they worked the hardest to get their state back and become independent.

For further battle of getting their homeland back, they formed the Baloch Students Organization (BSO) in 1967. Though it was confined with colleges, yet it played a very significant role in the socialization of youngsters for Baloch ethno-national symbol.

The Baloch nationalism became a solid reason to the fall of the government of Ayub Khan. On March 25 1969, Ayub resigned and that again brought martial law led by Yahya Khan.
Further, it vanished the one unit system in Pakistan and brought elections of 1970 where the creation of Balochistan province was brought into practice.

In 1973, they formed the constitution which announced the autonomous position of provinces in Pakistan. But nothing happened alike in practical.
Balochistan, back then, was led by Atta Ullah Mengal and Ghous Bakhsh Bezinjo as CM and governor. But Balochistan’s government was overthrown for the allegation of supporting Baloch nationalists to revolt.

From that time till today, Baloch nation is suffering with the same issues. They are yet in battles to get their state back. Essentially, Balochistan is a very strategic location blessed with multiple natural resources. It is the biggest province in terms of its vast territory and the richest province which has rampant economic disparity.

But it has nothing for Baloch people.
The Baloch have been facing various issues till today. Though the geography of Balochistan offers everything to the people, they are kept away in enjoying them. Their rights are snatched in all ways and they stay under unprotected situations.