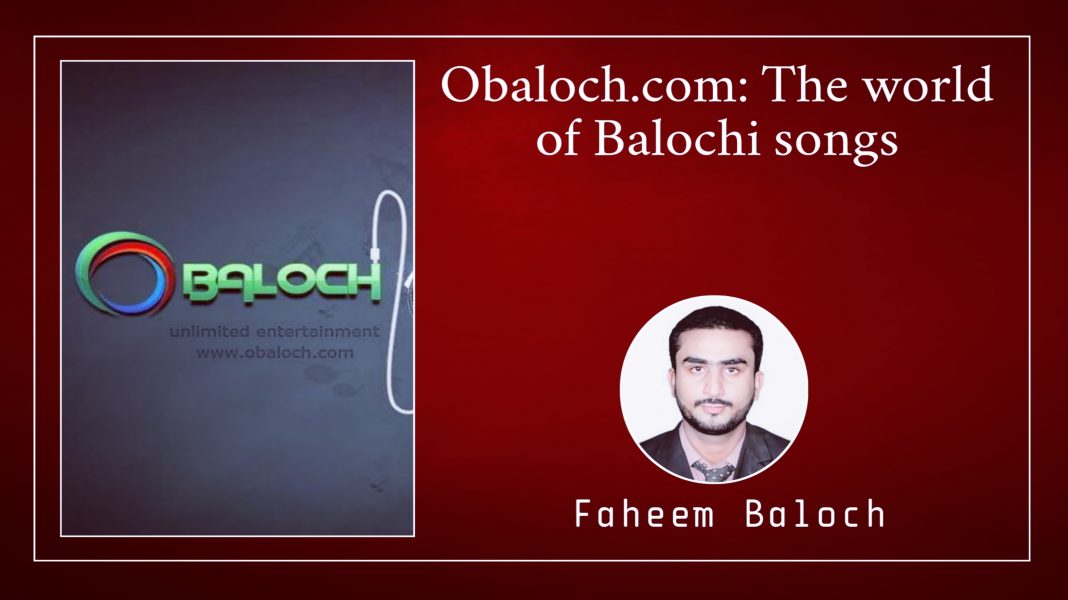 Singing is widely considered to be human being’s closest friend. It has extra-ordinary potential for extra-ordinary happenings. Apart from other too many benefits of song, they can possess unique magic of healing, especially curing the mental disturbances. When one somehow encounters grief or other similar issues, one can resort to listening songs, as many people are often inclined to do in such desperate situations. Moreover, a person sometimes can also fall in love immediately after listening to a song, as songs have the power to ignite frozen feelings of love for a person as well as motherland or country, etc.

When I first visited OBaloch.com website in 2011, I did not pay much attention. While many websites of Balochi songs had been created in the past, but after a while, they almost all came to a gradual end. I first thought that Obaloch.com would not be part of the Karwan either, that it would also face the same fate. Gradually, as the years went by, OBaloch.com grew in popularity as well as strength. By the start of 2014, it had become the symbol for Balochi songs and Baloch singers. And apparently inspired by the needs of the rapidly growing technological era. In fact, by the success of Obaloch.com, many famous Baloch singers have now begun to move towards technology.

There are some singers that I have heard their names and their songs on only Obaloch.com. This is the struggle of the team of OBaloch that search for the songs of anonymous singers and upload them on the website. Finding old songs is a very difficult thing to do, and it has certainly been a very difficult task for the people part of the team. For these old songs, people used to go to the music centers in the corners of Balochistan, and most of the times, many of them were unable to get them due to unavailability of them in music centres. Today, OBaloch.com team has done a commendable job. Now no need to go anywhere. Now one can easily go to the website and download his or her favorite old songs.

OBaloch.com website has at times encountered difficult situations. While there are always such problems, but at the same time, there is threat too. Despite these concerns, the team did not try to remain silent, preferring to love the songs sung in their mother tongue. And an event is held every year to commemorate its contribution and struggle. In the month of March 2020, a program was organized at Arts Council Karachi on the occasion of the eighth anniversary of OBaloch.com. Famous Baloch singers performed their art and people participated in this programme.

The site features songs by famous singers, which are widely heard around the world. Songs sung by famous Baloch singers like Mullah Kamalan, Nako Faiz Mohammad, Ustad Sattar, Noor Khan Bizenjo brought OBaloch.com website to a good place. Most of the songs sung by Baloch singers are uploaded on this website.

The proof of not breaking in this modern way is that every moment has been steadfast in keeping pace with its technical works. Thanks to the efforts of the team of OBaloch.com that has created a mobile application and given a lot of fun to the listeners of Balochi songs. It is the largest website of Balochi songs with more than 10,000 songs.