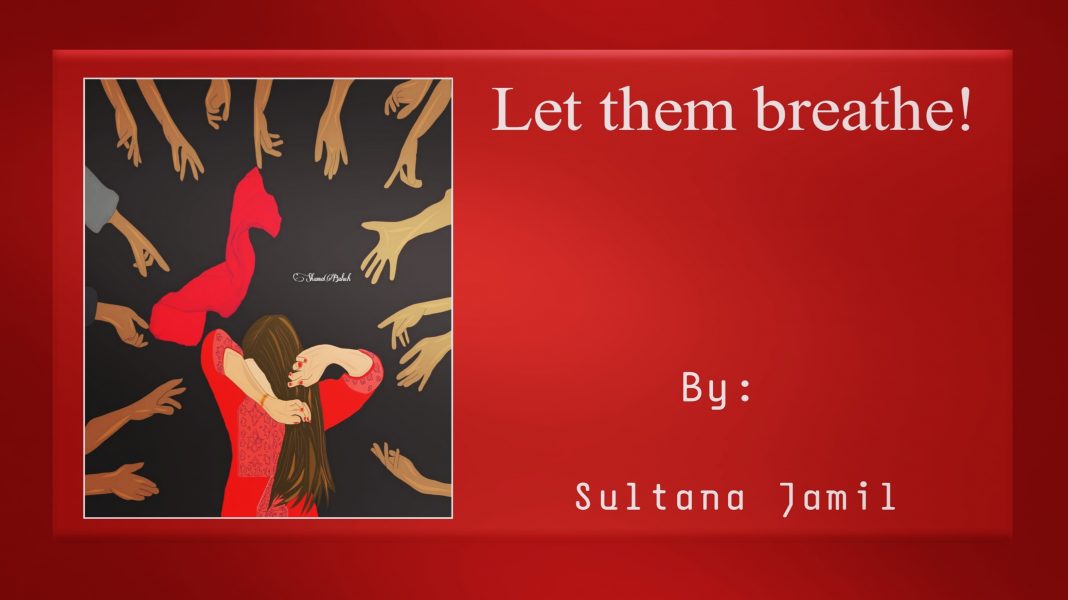 Pakistani society does not bother to take any strict action against harassment of children and women. Despite the mounting number of cases of harassment, we find no reasonable acts by the government on the practical grounds. Due to the increment in the number of cases, freedom of girls and children have been affected to a great extent.

As recently, when a boy [Mr. Ali] from Karachi University on Friday was dropping female students to girls hostel around 11:30 pm, he turned back to his way with one of his female friend. It was pitch dark at Karachi University with complete silence spread all across. They both stuck around the bushes.

According to the Ali, 10 boys on motorcycles surrounded his car, enchanting on them to get out of the vehicle. His nerve system was out of control but still he tried his best to get out from there. Hence, they were following Ali’s car which had reached near IBA boys hostel. They came to the window and started saying “Larki ko bahar nikaal”. However, Ali managed to escape from the spot.

Furthermore, in the same Karachi University, employes’ children harassed female students and soon got bailed due to hearing arguments from the state prosecutor, against a surety of Rs 20,000 each. This is all the backside motivation for most of the men in Pakistan that they can easily get bail due to their political or business influence.

Besides this, on Sunday in World Mental Health Day, Prof. S. Haroon Ahmed of Karachi focused on the issue of sexual abuse of women and children. He suggested that children should be taught in schools about health and hygiene including the awareness of good and bad touches which had reacived a lot of media attention in recent years. His statement, to me, sounded fruitful.

Sadly, sometimes it is the educational institutions where cases of harassment appear. So,what else can be expected when the spiritual parents are the harassers? They themselves use such small students which are totally a shame.

I suppose what is the government doing despite all the current suffrages of women and children of the state? Since it is the responsibility of the state to protect its citizens from any kind of grievance. No one is safe in this country for, liability falls to none in original means, but only as a formality to fulfill. No one is here to answer your questions. Justice has only become a diction.

Rapists are getting stronger day by day. Such issues must be discussed, highlighted and addressed the soonest to get rid of the hazardous circumstances.

Sexual harassment leads a normal person to discomfortable thoughts and fear continuously takes place in her/his life. It takes away someone’s attitude and confidence. They slightly find a difference in performing their daily routines. Harassment leads towards mental illness and disability. It is an unwanted behaviour which makes the victims feel humiliated. So, if not the government, we ought to stand firm against the harassers and let our girls and children breathe in the free air.