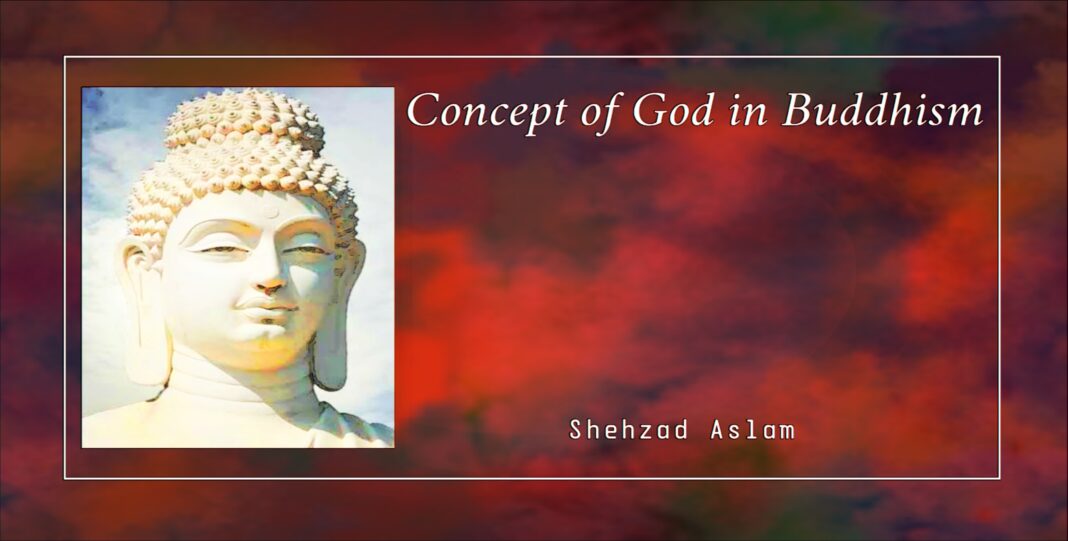 Gotham the Buddha was asked about God whether he exists or not? Yes, he affirmed. Some other day he was asked the same question. Does God exist? No, he replied. When people discovered the contradiction, Buddha replied politely. Can anyone amongst you ease my concern if I say God exists? People replied no. Buddha you are the master. Then Buddha asked can anyone ease my concern if I say He does not exist? The people replied with the same words that you are the master.

Thus Buddha replied; therefore, to believe or not to believe in God are but the same things. It is a matter of least consideration for us. You better ask me about your compulsions so that I may guide you people to Nirvana or enlightenment. Ask me about your sufferings that I shall be able to tell you how to overcome them.

According to Buddhism the subject matter of theology is an irrelevant discussion as for the human intellectual capability. What is out of human capacity should not be measured by the parameter of intellect. Human intellect is a parameter to measure what is measurable or that what can be rationalized.

Simply Buddhism is without of this philosophy. It says theology leads to contradiction that are not supposed to be valued. It confuses or rather indulges humans in conflicts over issues which are not worth considerable. Monotheism, polytheism, atheism or whatever of isms relating to this subject are not in the domain of our control. These are all non-issues we give unnecessary consideration and consequently leading ourselves to unnecessary chaos.

Multiple concepts of God itself shows that the idea of God is, but the invention of human intellect. Therefore, intellect in this sense itself is superior to God. Or let it be like this; the matter of superiority or inferiority shouldn’t be brought into question.

To Buddhism existence of God is solely the matter of God. It is up to the God to decide whether He exists or not. It does not impact us in anyway. We cannot please God by approving Him or hurt Him by denying Him. That is not a matter of concern for us at all. It is itself an irrelevant argument to argue on what which cannot be rationalized.

It is a quite interesting argument on behalf of Buddhism that even though if God exists yet He is not willing to be approved by us humans. Had He wished to be approved He would have made human intellect efficient enough to rationalize Him and therefore consider Him.

Life is not a relation between human and God. It is a human to human interaction. It is up to us to harmonize and make peace and solace amongst ourselves and that is a wonderful idea. And it is an idea which in turn must be admired by a peace loving God.

We have to become the master of our fate and should not allow an outsider exemplary agency to decide what good or bad is for us. When all contradictions are removed and humans start working on well-being of each other the human needs will be materialized. If it is so, the will of God; if He really exists, is not entertained better than that. Because ultimately that is all what God aims for.

Therefore, the decision of God, not to interfere or reveal himself unto us in order not to enhance human confusion or to stop contradictions, expected to lead human beings to conflict with each other, is actually an idea which has to be admired and respected at the same time.