Home Latest News The mad and the graveyard 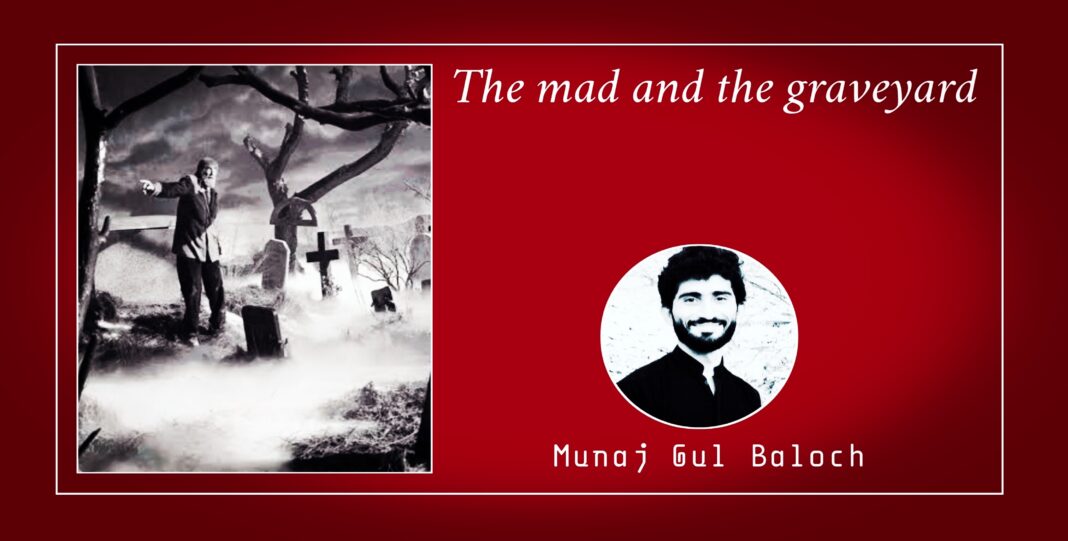 He is perpetually seen in visiting the graveyard day in, day out. Sometimes_ passes his whole days and nights in the graveyard echoing an unanswered question, “Who is next?” He is_ albeit never wished to be caged with the sole childhood companion; the graveyard.

Silence purifies his soul thenceafter. Nothing irritates him_ not even the bullets. According to the mad, dead-souls are worried about their
fellow beings.

Because they are,
Alive yet dead,
Educated yet uneducated,
Socialists yet criminals,
Professors yet rapists.

His are ignored by every passerby. For he tells the truth to everyone, and is surely disliked by the so-called educationalists and reformists.

The mad always smiles and cites that the humanity is lost and humans are in a danger zone. To him,

“They (Humans) never die in a natural death but are always brutally killed; never respected, but all rapped; never honored, but dishonored.”

“The graveyard is the only place where my soul is in peace. I speak to myself in dead-silence. Only my lord understands the madness in me.”

He is often said abusive words by the educationalists of the society. He does not react. He doesn’t cry. He lives as dead. For, his world inhabits in his madness_ a madness the world explores nowhere.