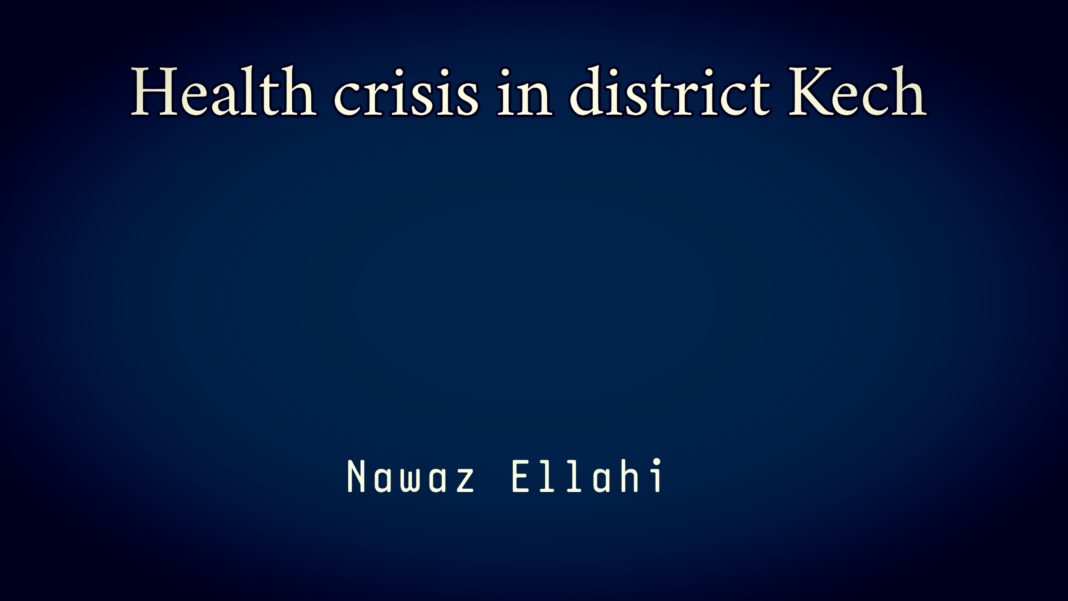 Kech is the second biggest district of Balochistan in term of population, as per the recent census, with a population of approximately one million. But, in district Kech numerous medical stores lack radical and necessary tablets, medicines, children milk and the masks with hand sanitizers which are need of the people and time.

Moreover, the available medicines and tablets are ultra-costly which people cannot afford to purchase owing to which the destitute people of Kech are facing sense of distress and deprivation. In addition, grim situation and due to lock down the people cannot order for medicine from other cities.

Most importantly, there is acute shortage of tablets due to outbreak of pandemic Covid-19 and lock down resulting the price of medicines to rise to sky.

Besides this, recently 100 people were tested and their samples were taken to Quetta; among them 22 were found positive for Corona Virus, but it hurts me to state that the second biggest district and teaching hospital Turbat even do not have Corona Virus test center, machineries and equipments.

The samples of patients are taken to Quetta which is 797 kilometers away from Turbat. The tests are taken on weekly basis; there is every likelihood that this virus may spread in great intensity in district Kech because Kech Teaching hospital lacks basic facilities and no preventive and curative measures are being taken by the district administration.

Most importantly, district Kech exists MPAs and an MNA but still they have flunked to provide the fundamental facilities to health department which is constitutional right of the people of Kech. Due to negligence and non-interest of district administration along with our representatives, the people of the District are suffering to a great extent which may cause a disastrous impact on the people.

The people of Kech are demanding for a corona testing center with corona testing machineries so as to avail the facilities. Because this pandemic does not see any boundary, caste and color.

Hence, I request Prime Minister of Pakistan and concerned authorities of the province to take some pragmatic and concrete measures to establish a Corona testing Center with all necessary equipments. Secondly, all the drug Inspectors are to be directed to do the surveillance of medical stores to sell the medicines in affordable prices.