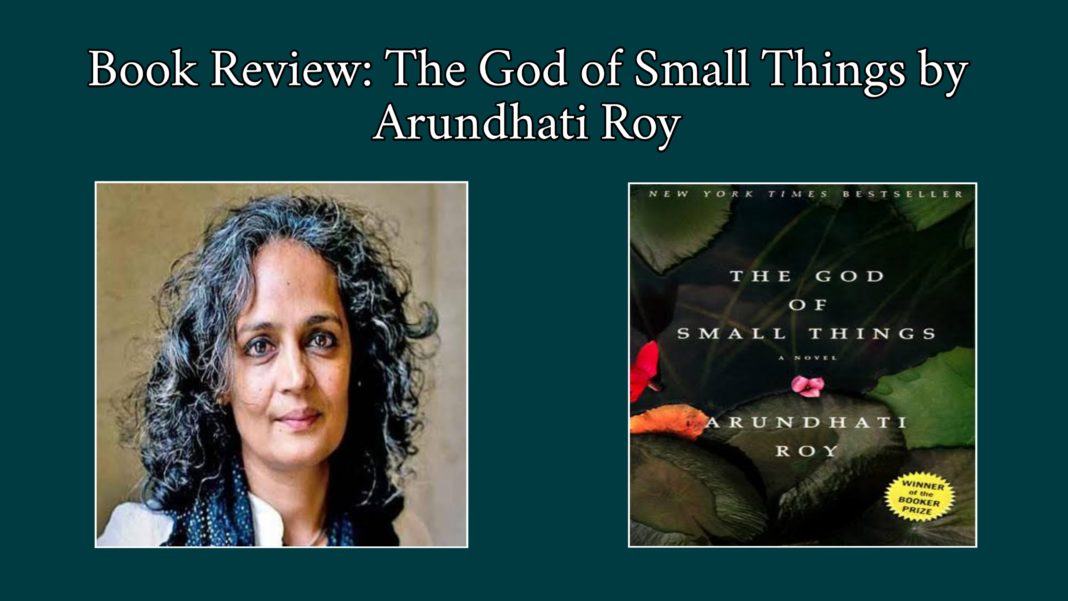 Be it society, man or human’s sordid existence, Arundhati Roy, an Indian Right activist, an architect and most of all, an appealing author, is always subject to media discussions. Though most known for her non-fictional works like The Algebra of Infinite Justice, Broken Republicand so forth in the list, she is a fiery spirit in all grounds of writing whereas her aim is just to demonstrate the power and powerlessness of society and the man living in it.

She demarcated it enough approvable: ‘’the theme of much of what I write, fiction as well as non-fiction, is the relationship between power and powerlessness and the endless, circular conflict they’re engaged in…’’

So, what is the cracking point here is her social activism that underlies in all her works. A fine insight into her social activism is quality delineated in her mostly acknowledged and critically diagnosed fiction The God of small Things; a novel launched on April 14, 1997 in Delhi. With rare affairs, the novel soon went viral and attained translation into 40 languages with the award of The Booker Prize on October 14, 1997.

It is indeed a common attitude in all her readers that The God of small Things is a biographical note of her own shattered life which, in a sense, is undeniable. The God of small Things broadly discusses the corners that she lived in, the characters, setting, incidents and events are all coherently the shoots derived out of her personal notes. The novel yet, is unbelievably one which is rare in history of fiction: it is as John Berger pointed out the sole piece that ever came into existence.

‘Never again will a single story be told as though it’s the only one’.

As a matter of usual fact, much of the novel depicts Indian-British colonial society in Ayemenem, Kerala_ India. From colonialism to the submerged religious doctrines to social orthodox, the main stream of this novel is universal as Roy herself confesses “It is not about India alone but human nature. ‘It isn’t a book about India…. It is a book about human nature”.

However, The God of small Things seems to be a catalogue of all she is fighting for; casteism, dispatching low class into heed-line and human’s mentality as a whole. Not only these, but Miss Roy is an honored political activist, opposing all reckless attainments of Indian Democracy and assessing the very tiny matters unto highlight that any ordinary man is unaware of.

In an insight, Roy is none, but a realist who not alone catches the dark glimpses of present era, but also condemns the deep rooted corruption in human history. In The God of small Things Miss Roy’s characteristics are a unique blend of her own life as well as social nature. In characters like Rahel, Esthappen , Ammu and most probably Velutha_ the Untouchable.

So what makes the essence, is her playful wit in placing the reality lucid to every reader only through these characters. Rahel and Esthappen are twins of Ammu, who unlike other children of their age, grow with disparity in the society. They suffer inequality, a fatherless life, a sheer dependent mother; such endures grimly affect their growth and they grow utter different in what the society allows.

On the other hand, Ammu and Velutha’s relationship: a forbidden love story that breaks all love lawsand flow beyond the dusk of night. ‘Who should be loved. And how. And how much’. Ammu an Ipe, a highly respected caste in Indian society_ Velutha on contrary, is a Dalit who in society seeks corners to live ‘A corner for cooking, a corner for bedding rolls and a corner to die in’.

At the unexpected discovery of their love code, a restless vibe overtakes in Ammu’s highly estimated family to whom Velutha is next to zero concern. The man, who leaves no footprints, ripples and images after him, is brutally dumbed and brought to death. However, Miss Roy shapes a damned question as to who sees an innocent mam being assassinated with no guilt at all? While bats have no eyes to sight. ‘Nobody saw them. Bats, of course, are blind’. This is how, Roy enthusiastically pricks the stained blots of society.

Above all, The God of Small Things embodies each pearl of Arundhati Roy’s observation of Indian soil. In an interview she articulates that capitalism which is so prevalent in India, is not her personal issue rather whole of the country is damaged by it. She says such: ‘Capitalism is not my problem, it is India’s problem.’

Quite similarly, The God of Small Things runs the akin prospect. Velutha with rest of his rank, are indulged in Marxist party to tussle capitalism. Amid this, lies the sooth observation of hers as she says that ‘India is democracy, but democracy for some people’. What here she refers is little paradoxical, however she may refer it indirectly to Ambanis, who Roy says have controlled all India: each sector of India is ruled by Ambanis.’ Ambanis have covered all India… they can buy media, they can buy news…’ The very reflection is partaken, Baby Kochamma, the aunt to Ammu, along with some other people, sentence Velutha to death on the basis of his low cast. Here, Ammu’s family may represent those of Ambanis who rule people like Velutha.

To sum up the whole debate, a clear address of Roy transprises that her fiction and non-fiction are equally about power and powerlessness which is a vivid scene in all of The God of Small Things.