Home Articles The world and the challenges 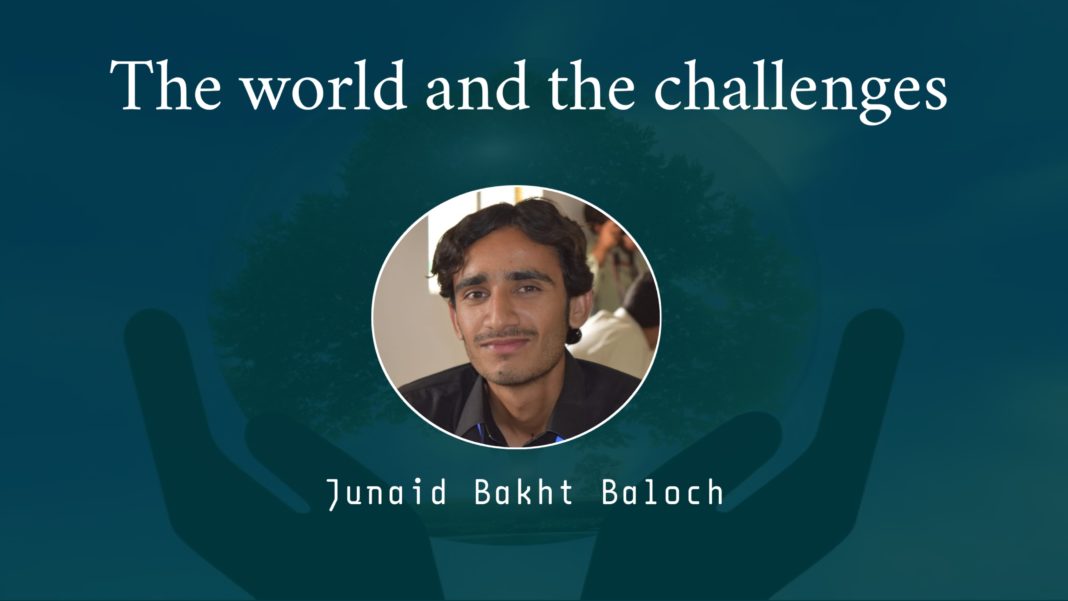 The year which is bringing a dramatic change globally will concentrate economically, climatically, educationally and the disturbance of natural resources to stand in front of the world overnight. We have been facing numerous hardships such as worldly disasters, Coronavirus pandemic, education emergency, loss of economy, etc from the start of the year. This would be considered a huge loss that every country of the world is caused and coming to the downside because of the pandemic and its fears.

With the beginning of 2020, we have come to know about the traffic disaster occurring in many developing and developed countries to convert them economically back in some regards because of the world war, pandemic COVID-19 outbreak and the rest predictions may about to reach in next months to years. These will not only take people’s lives rather lower down the annual economy, the country’s rapid development and the other part of the destruction. Educationally, we also suffer more than the other countries because being too far from the situations remains until certain times. Though we are known as a land of beauty but have lacking fundamental rights.

Besides, if the name of a pandemic is believed to be a game through a developed country than surely this would be a challenge to the upcoming generations to cause multiple diseases owing to such microorganisms. They are guessed to be dangerous and can destroy the living organisms by affecting them. There are chances to make the environment polluted, the increase of global warming and the depletion of the ozone layers because such microbes cause the terrestrials time and again with long term effects. For said global issues the developing countries along with underdeveloped countries are going to face much more than the developed ones since this problem will be divided into various portions in the upcoming time and may affect the coming young generations.

On the other hand, we must be alerted for the upcoming challenges which are about to chase soon. The coming problems of the world are likely to be many but some of the commons are trade, economy, education and related issues, causes of poverty, world development, most importantly human rights issues.

We must tackle the issues before they enter surroundings and play with distortion.