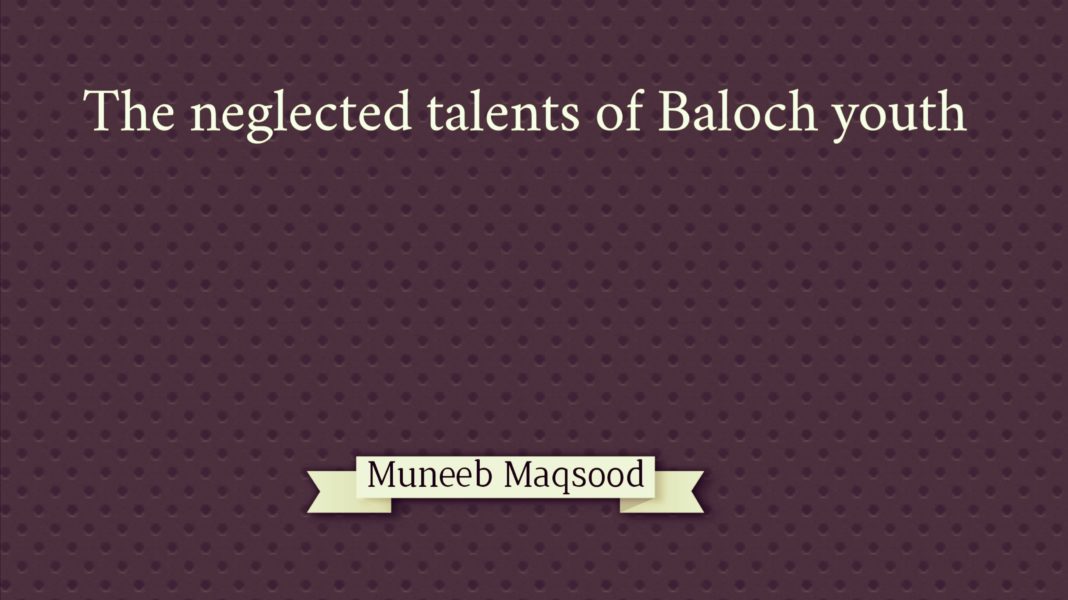 Balochistan_ the richest province of Pakistan_ is popular all around the world due to its natural resources. Similarly, the region is full of talented youth who can bring a good name to the nation. But unfortunately, their talents are being neglected. Because they are not given a single chance to rise up as stars in the country. Constitutionally, everyone should gain equal rights, but Baloch people are the most backward people when it comes to getting their fundamental rights.

Moreover, Pakistan Super League (PSL) is the league of our own country but in it we can not behold a single Baloch playing. Balochistan has talented players who are waiting for a chance. Even though Baloch players have the potentials to perform like an international player, but still they are ignored.

In fact, there is a team on the name of Balochistan namely Quetta Gladiators. Sadly, in this team we cannot find a single Baloch player.

Mostly, players from Balochistan perform the highest runs in the local and national tournaments, still they are not given an opportunity to go ahead and express their talents ahead.

As there is a player in Turbat who became the highest scorer in the regional cricket tournament, but he was sent back to home for he was a Baloch.

Baloch players are still hopeful that they can still make their futures bright through playing. It hurts me to mention that our own government is not supporting the young players and letting the talents be wasted.

Besides playing, it is also full of genius people whose minds work extra. Before some years, a Baloch created an unhackable software. He was awarded from the foreign countries. Many other genius people were shocked that how could a Baloch make such a software.

According to a report of US, Baloch are the only people who speak other languages so likely and it is difficult to identify them in other countries.

Lastly, I plea to the government of Balochistan to give chances and values to the Baloch people. They are talented. Why to waste their talents? If they are given equal chances, they can make a big name for the nation. The government must think of policies to support the Baloch youths.