Home Articles Failure is the beginning of every successful story 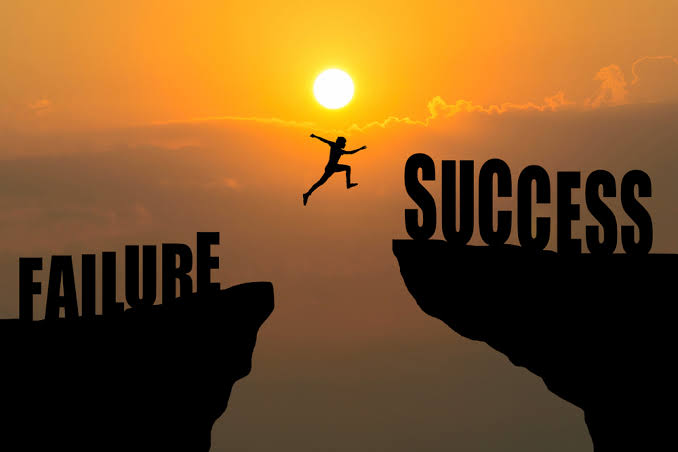 I hated being failed from the small age of my life. But, when I got to know of the treasure behind failure, I started learning from failure. I began to learn from my mistakes. I initiated doing things in a better way thereafter.

Failure is not permanent but getting success after failure always remains permanent. If you turn the pages of history, you will find the names of those people who got failed many times but they never gave up. Because they never gave up, history remembers them till date.

No doubt that was failure which gave him success. You never fail until you stop trying.

Every victory is not called success and every defeat is not the failure. That is failure which makes you successful and that success after so many failures is called history. Try to make history not victory because the joy of history is far more tasteful than the joy of victory.

Success is 85% failure. If you have noticed, every successful person has dozens of stories of failure.

Why is that? Because that was failure which led them towards success.

Have you ever heard that a person got successful without facing any defeat? The answer is for sure “No” because in 98% of cases only failure decides your success.

What makes a person strong and ready for success is failure. Failure is not the end but a beginning of a new and successful story. It fuels our strength and always forces us to try one more time.

Discover every successful person within you. We can add another example of Abraham Lincoln who was the greatest and the most honest president in the history of the United States of America. He faced failure a great many times but he never quit. From 1816 to 1859 he only faced failures. His 43 years of struggles finally paved the way of success and glory for him. In 1860 he become the president of the USA.

We quit after facing a single defeat but this man was a legend. He stood like a rock and overcame his every failure and made a history. So, we must know the treasure behind failure and convert our every failure into success and success into history.

Undoubtedly, failure is the beginning of every successful story. It is never the end. There is a world full of opportunities after you get failed. Do not lose hope if you come up with failure because only those people fail who try a lot, work a lot and face a lot.

Joal Osteen once said, “You must make a decision that you are going to move on. It will not happen automatically. You will have to rise up and say ‘I don’t care how hard this is, I don’t care how disappointed I am, I’m going to get the best of me. I’m moving on with my life.”

So, do not think things are hard to do just try one more time and face one more day of failure. It will convert your every pain into gain, every hardship into joy and your success into history.