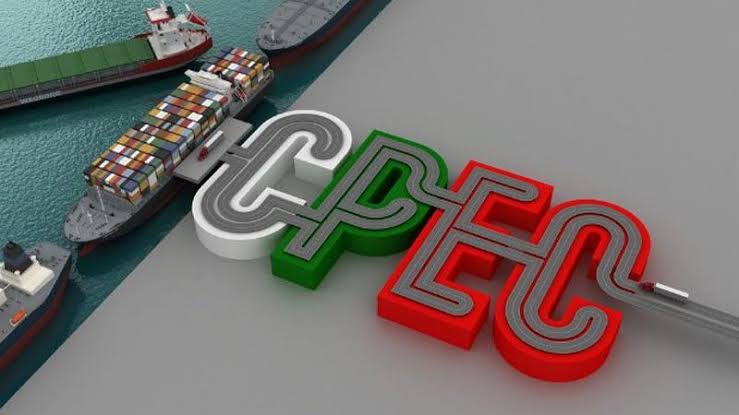 The China-Pakistan Economic Corridor (CPEC) has been hailed as a game changer for Pakistan and for its most restive and underdeveloped province, Balochistan. It is deemed as the new project of development and connectivity with all entailing perks and privileges.

It is very fortunate that 62 billion dollars are being invested under this ambitious mega project in Gwader in order to pave the way of Balochistan towards possible progress and advancement and change the fate of the province but it is contrary to the ground realities and nothing has been done yet to ease the woes of the downtroddend people of marginalized province. On the other hand, federal and provincial governments are only relying on false comforts and hollow promises regarding city port’s progress and province’s prosperity.

In spite of being a resource-rich province and the owner of 62 billion dollar mega project, ironically, the inhabitants of Balochistan are beset by the vicious circle of the poverty. The length of the circle is surging alarmingly. According to a report of United Nation, approximately 71 percent people are living below the line of poverty which has adversely paralyzed the lives of the people. There is an immediate and pressing need of launching poverty-alleviating programmes to ameliorate thousands of lives but concerned authorities are showing no interest in this regard and leaving no clemency on them.

Unemployment and illiteracy are the core challenges of the province. Instead of coping with the challenge effectively, the ratio of unemployment was bolstered in the past several years. Around 18-thousand-youths including 7,000 engineers, in Balochistan, are jobless, despite spending thousands of rupees on a graduate degree.

It is very frustrating that youths are drowning in the mire of unemployment and drifting aimlessly for the search of jobs. Consequently, a plethora of youths are forced to turn to illegal works like smuggling of petrol and diesel. The provincial government should allocate 70 percent quota to provincial engineers in infrastructure and energy projects of the China-Pakistan Economic Corridor (CPEC) while unemployed engineers should be appointed to vacant posts of engineering lecturers in engineering colleges.

Balochistan is plagued by a perpetual energy crisis in the past several years owing to the scarcity of clean, efficient and affordable energy. Balochistan’s total electricity demand is around 1,650mw, while the electric grid network in the province has the capacity to transmit only up to 650mw, while power supply to the province is only around 400mw.

As a consequence of this, majority of districts of Balochistan are facing up to 22 hours of loadshedding. Gwadar city faces 16 hours of power outage. Sometimes city port is without electricity for two to three days. Since Balochistan and district Gwadar are at a crossroads of development, the government should prioritise and resolve the energy crisis on an effective basis.

It is disheartening that the residents of the province also face immense hardships to get access to safe and clean drinking water. They are forced to travel far-flung-areas to bring potable water through buckets. The situation of water crisis is looming and daunting which needs to be addressed at the earliest. People are crying out for a drop of water to quench their thirst.

Around 80 percent population is forced to drink contaminated water as a result, various lethal and detrimental diseases are disseminating across the province which have badly jeopardized the lives of the people. It is a huge slap on the face of those who made tall claims regarding overcoming water scarcity from the province.

There is no blinking at the fact that the education sector has been ignored and neglected at a large scale for several decades. Students are deprived of their fundamental rights and necessary amenities. It is very horrible to state that Balochistan falls in the top of the list in terms of highest proportion of unemployment with respect to other provinces of the country.

According to an education survey, almost 25 lac students are out-of-school but education authorities are failed to make earnest efforts to enrol the children who are indulged in doing various jobs to meet the expenses of their family.

The government provides scholarships annually to seven-thousand students. Currently, around 25 thousands Pakistani students are persuing their education under the leadership of China but it is astounding to jot down that even 200 students do not belong to Balochistan which portrays the utter disregard and sheer deprivation of the students of the province.

The central government has abysmally failed to tackle the drastic challenges, uplift the deplorable state of education, minimise the rise level of unemployment, alleviate poverty scourge and other long-standing problems faced by the oppressed people of Balochistan. The entire province suffers from a deep and prevailing sense of deprivation, neglect and hopelessness because of the corrupt policies and flawed plannings of the previous governments.

There is a very strong feeling among the folk of the province that federal government is only interested in exploiting and utilising the natural resources and oceanic coastline of the province.

The prime minister and chief minister are urged to sketch out a plan to include all the deprivations of Balochistan in this maga project in order to put the province into a new road of progress and prosperity.

Concrete and practical measures are to be taken to bring the all available resources into action for the welfare of the people to address the chronic issues and tackle the long-standing crises in order to put a perennial end to the sense of deprivation, neglect and hopelessness of the province.