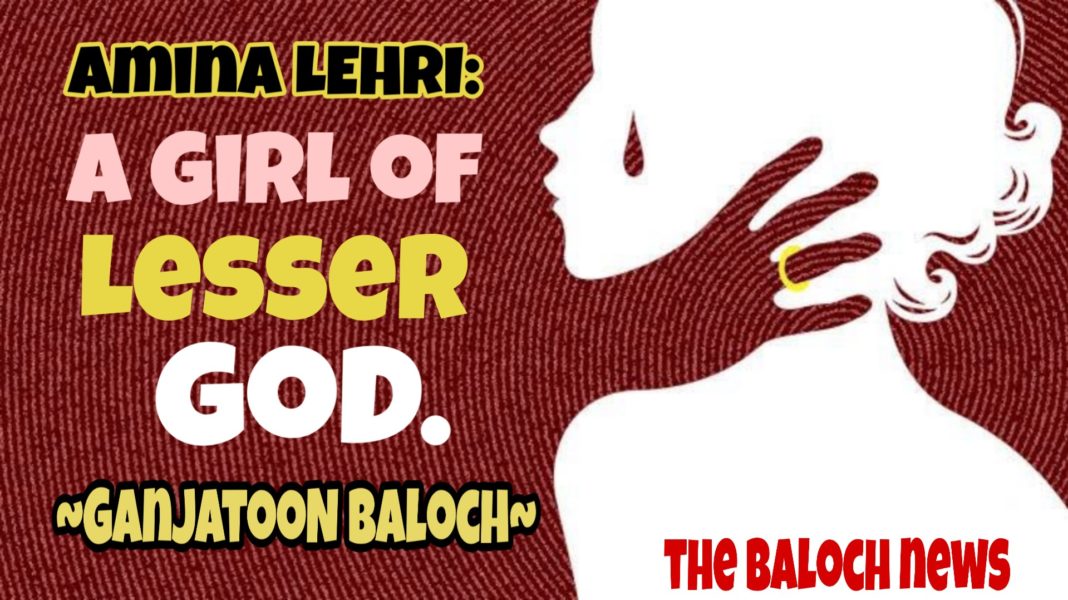 An unexpected incident which has occurred recentely with an innocent girl shocked me , A ten years old girl amina lehri was an orphan from village rasool lehri goth in Jafferabad. Where every child use to go in mosques to recite Quran, that we as Muslims have to follow our religion but unfortunately nature doesn’t provide such opportunities to every nation that to seek education whether the education is religious or else.

Amina was among those Baloch girls whose parents want their child to be a educated but Amina could carried out her education only for 7days when she got disappeared while going  for recitation of quran in mosque.

After three days her body found  in goth meer gulam rasool lehri school and her body was separated from her head.
According to  the postmortem report she was raped on 19 februry and then assassinated.

After founding her dead body in school, her brother Abdul Jalil has registered FIR under  constitution “302 “against unknown criminal but Still no one has been caught.

Its really shocking news that Amina lehri who was just only 10years old was cut down  into pieces. socially and morally corrupt society is also now mentally corrupt and this shouldn’t be tolerated otherwise the  genocide of a nation will be continue in that manner either in mosques or in other educational institutions.

Women in Balochistan faces many  obstacles when they tried to highlight or raise voice against such hidden violence , especially by the name of Honnor.

Among these violations,rape is one of the major highlighted concern of the international community and leading human rights agencies.

When eight years old zainab was brutally  raped and murdered in Kasur, Punjab and unsurprisingly the world stand for zainab and arouse a voice, luckily accused were punished according to their crime, but in the same case of Amina lehri , Neither the country nor the world took single serious action even the faminists , amnesty international and civilized citizens are silent in this issue.

Unfortunately the colonial system in Balochistan which has been creating ill minded people, socially and morally corrupt society, uneducated people and feudalism system are mainly responsible of such incidents which has been occurring.

In most of the cases where families remain quiet due to their reputation, made accused more strong bacause of which  the numbers of  cases reported by people are being excessive day by day and  the convicts are remain free but no one dare to ask about the reason, allowing the accused free in these matters prone families  more to  deppression.

The notice must be taken against such humiliation of civilians to creat a balance atmosphere for every one.