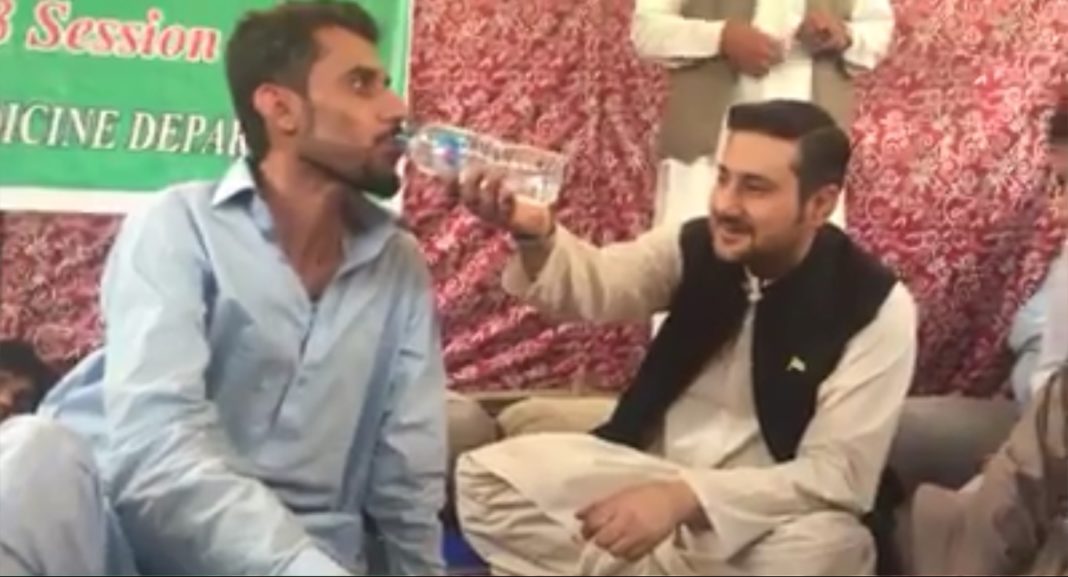 Quetta: Bolan Medical College (BMC) students have announced to end the hunger strike till death after the caretaker chief minister of Balochistan Alauddin Marri visited their camp and assured them of resolving their genuine issues.

According to the reports, the caretaker Chief Minister visited the students in BMC today and listened to their demands.

The students demanded justice and asked for fair and transparent viva of the final year.

BMC students Younis Ali and Farhad Karim went on hunger strike till death against the viva results in which they were declared failed.

They claimed that the alleged professor failed them deliberately and the act of professor was discriminatory.