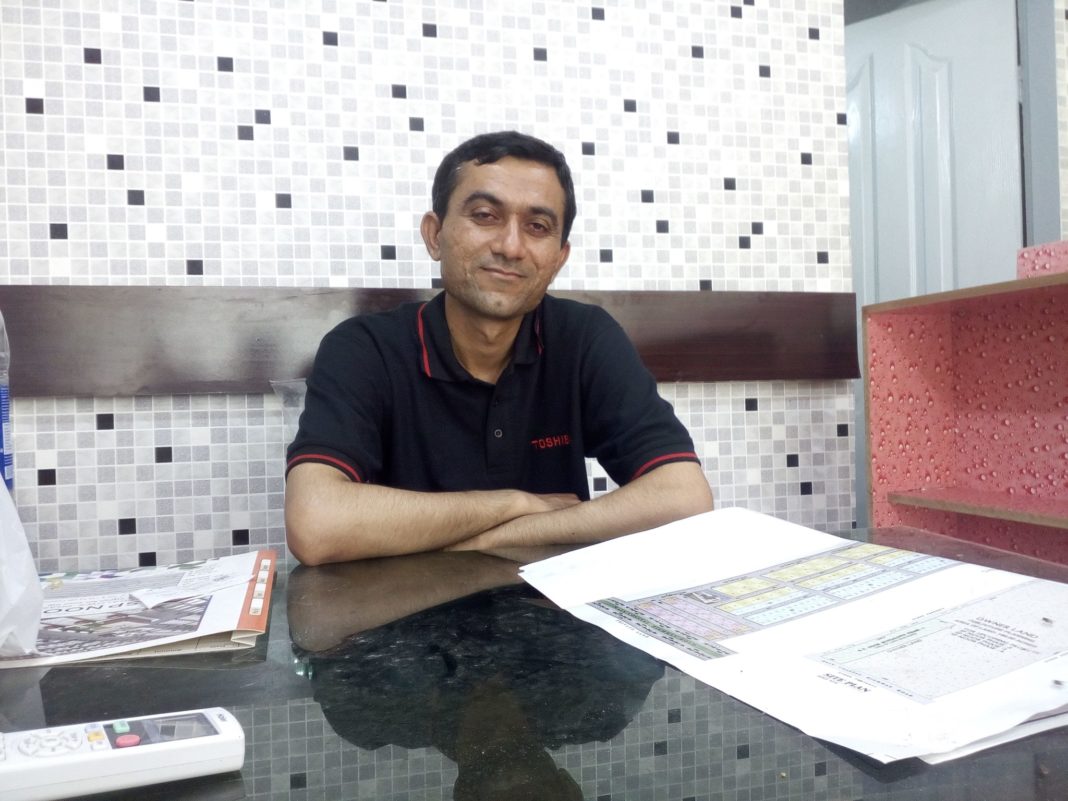 Shabir Rakshani is a resident of Awaran. He obtained his basic education from his home town Awaran. In childhood he wished to become a doctor to serve the society, but due to financial crisis and poverty he couldn’t accomplish his dream. Later on, he traveled to Karachi for higher studies and earned his Master’s degree in journalism. As of now he serves voluntarily with Haalawal, an online newspaper based in Balochistan.

AK: What role journalism plays in educating a society?

Shabir: I believe pens and books are the only things that grant a human being wisdom and show the right path to them. Journalism is a broad field. It teaches a society the immense importance of the things that they didn’t know. Providing the people with information about circumstances happening around them, around their country and around the world. But it’s the irony of the fate that the true spirit of Journalism is not found in Balochistan. And if someone wishes to do, his dreams will be shattered.

AK: Journalism has got a crucial role to play around the world, how do you see practicing journalism in Balochistan?

Shabir: As I mentioned earlier that in Balochistan true journalism never existed nor allowed. Balochistan is blackout in mainstream media. It’s only limited to showing bomb blasts happening in Balochistan despite the fact that it’s not the real image of Balochistan. Secondly, in Balochistan Aasap was the only newspaper that was following true and actual journalism, but everyone witnessed what happened to it. Jan Mohammad Dashti was attacked over concerned relating to Aasap. Those journalists, who wanted to follow the true ethics of journalism objectively and impartially, were stopped or killed. Irshad Mastoi is an example of that. As of now some students are working through online newspapers and trying to bring the true spirit of journalism and their efforts are appreciate-able.

AK: Sometimes ago, press and newspapers were threatened in Balochistan, how do you see that?

Shabir: Newspapers and press have always remained soft target. Whether it were reigns of military dictators or the so called democracy. The powerful always wanted to control the newspaper and press to use them for their interests. And if you are to practice journalism in a conflict zone then you cannot opt for free journalism. If you believe in free journalism and work through that track, you will probably start receiving threats to your life. In Pakistan many political parties use the TV channels and newspapers for publicity and promotion of their interest. It effected many reporters of different institutions. If journalism was free in Pakistan, the country would have been in a different position today.

AK: How do you see the act of black-listing media and snatching the right to freedom of expression?

Shabir: As I said before, journalists or journalism can never be free until or unless institutions are free and independent. Mainstream media is running on ads. These ads include the tax money taken from the citizens, but the interests of the masses are never represented in big media houses. In the ads we can explicitly find that they most often support the government rather than screening the problems of ordinary citizens. And if they refuse to follow the instructions of the government, they might face the consequences in shape of blockade. Geo and Jung Media Group is an example of it. When they opposed and criticized some sections of government/establishment, it was black-listed in the entire country on illegal grounds. Hamid Mir was brutally attacked and injured. They received no ads and other media houses began a systemized propagating against it. The sector of Journalism in Pakistan comes across such circumstances most often. In such scenarios expecting free journalism is tantamount to living in a fool’s paradise.

AK: What are the hurdles of Baloch journalists?

Shabir: There exist countless hurdles for journalists, but Baloch journalists coup with severe challenges and dangers. They reason is the worsening situation of Balochistan. Many journalists have been killed, some had to quit their journalistic duties and others flew of the country. Most of the journalists are working voluntarily. Even working with big media houses doesn’t guarantee the security of your life. Irshad Mastio did nothing, but showed the true face of Balochistan and its citizens. The ratio of Baloch journalists working in organizations or media houses is very much low and they don’t have any unity forum. If they wish to highlight the issues of conflicted Balochistan, they simply won’t be able to continue their work for long.

AK: To what extent Baloch problem is being represented in journalistic forums of Pakistan?

Shabir: I repeat my statement again that the true issues of Balochistan have never been highlighted in mainstream media. So for not a single program has been telecasted on Baloch issues and some powerful sections never want Baloch issues to be highlighted.  Baloch problem is not an issue for Pakistani mainstream media. I think if Balochistan’s issues were highlighted in the mainstream media, today the problems would have been a bit different and not so much vulnerable as today. In actual sense, media plays the role of bridging the gap between the citizens and government, but one can’t expect such professional and ethical journalism from Pakistani media.

AK: In which capacity you work in Haalhawal and does your organization provide financial support to its journalists?

Shabir: I can’t define my exact role as I worked in so many different capacities. I edited and uploaded materials, communicated with the writers and responded to their queries. We all team members performed whole roles simultaneously.

Haalhawal is not in a position to provide financial support to its journalists as it has no source of income and it was the passion that forced us to generate a platform where we could highlight the genuine issues of Baloch and Balochistan. We started this journey on 3rd of May 2016 with Urdu language, but later on we extended it to Balochi, Brahui and English. All of our team members provide their services voluntarily.

Shabir: Haalhawal has an explicitly clear and open policy. In past two years, we didn’t publish any story against state and its institutions. We also avoid publishing opinions that mean to spread hatred. Pakistan Telecommunication Authority (PTA) had shut-downed our website without any reason and prior notice. We submitted our application to PTA, asking for the reason. However, I believe it is not a positive act to snatch the right to freedom of expression and information. Media plays the role of bridging the gap between government and its citizens that’s why media should be given the deserved freedom.