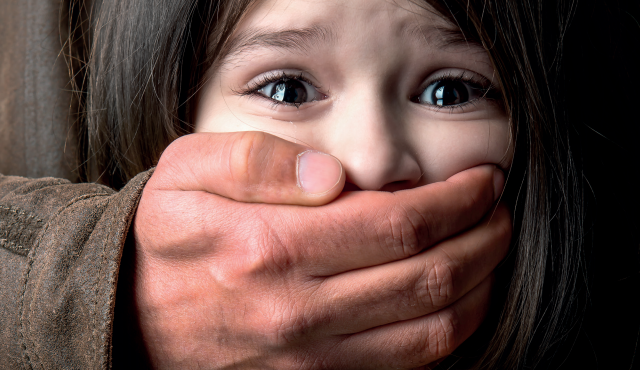 On Friday, 17 August 2012, nine years old “Banokhi D/o Mr. Ramadan went outside for playing with her friends near her home in Saryab (Lasharabad) area of Quetta. While playing, the kids saw a bike coming towards them and the man sitting at the back of the bike pointed a gun towards all children. Seeing this terror, all children ran away, but bad luck of Banokhi, she slipped, and the bikers abducted her.

Her father belongs to a very poor family and works as an unskilled labor on daily wages of Rs 250.

After this incident, all children came to Banokhi’s mother and narrated all the unfortunate story. In hurry & worry she went outside to search for her beloved daughter, but there was no sign of her.

The next day, 18 Aug 2012, her father went to Police station Shalacot for lodging FIR, but on seating officer refused to write the FIR & said that your daughter had run with her consent. The innocent poor girl even didn’t know what to wear until her mother told her to wear this cloth.

On 19 Aug 2012, her father gathered some of his family members & went to Police station for reporting, but again they refused to lodge FIR & said that the SHO was on leave asked them to come after few days.

On 20 Aug 2012, where more than 14 Core Pakistanis were celebrating Eid-ul-fitr with happiness, enjoyment and everyone was offering Eid Mubarak greetings.

At this time Mr. Ramadan was informed that a dead body of a baby was found in their locality. The devasted father along with other family members rushed to the spot to look at the dead body.

Her face was unrecognizable due to the proses of decomposition. She was recognized by her father and mother from the clothes she was wearing.

After finding the body, they contacted magistrate & then an investigation officer came at the crime scene.

The body was taken for autopsy to Bolan Medical College Hospital Quetta, after investigation cared by Doctor named Dr._______ Magsi.

The autopsy report is as.

1). Mouth was so tight with some sort of cloth that her lips & tragus where cut to gather by tightness of cloth.

2). Hands were so tight behind side that both were dislocated from shoulder and ankle were fractured

3). She, “9-year baby”, was raped many times by more than 4 persons till her death and continuously abused her body after her death.

4). Both ears were cut with unsharp blade.

Neck was twisted by applying external force from lower lamb, the force was so dynamic that her chin was force to penetrate in chest.