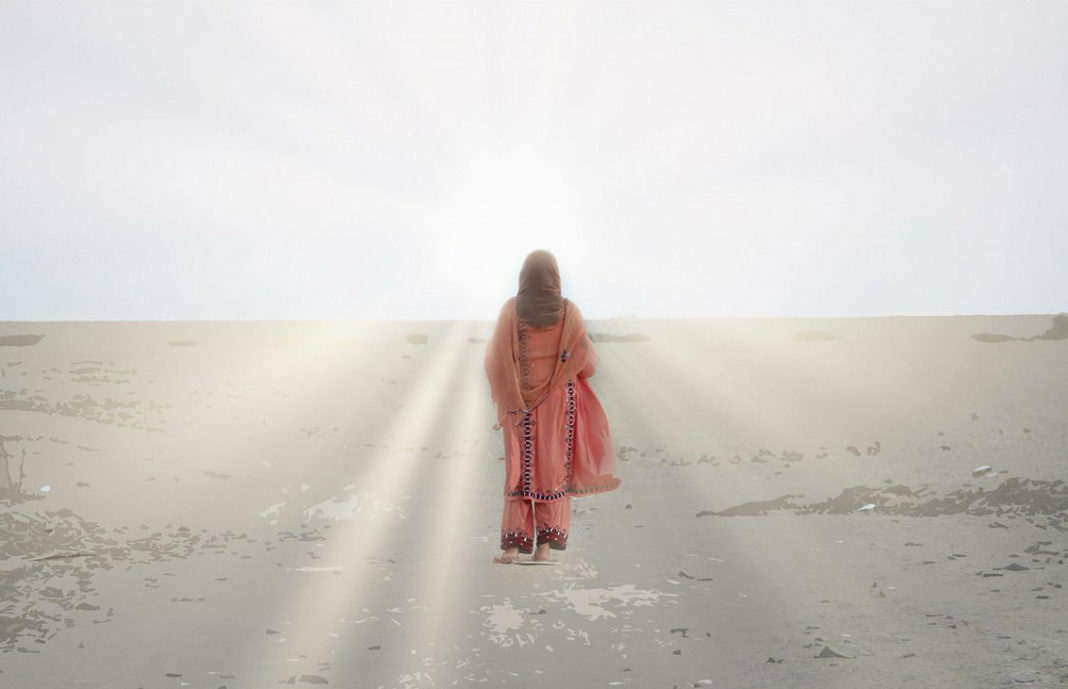 The word Women, comprising of five alphabets, has a lot of meanings in different societies. When green revolution ended the authority of women diminished and with the help of Religion and social laws role of women was minimized in different societies. At the same time in other civilizations she gained the name of Goddess. However some societies still have respect for women including the Baloch society.

It is necessary to compare societies to know about role of women, without comparison it is impossible to know her role and rights. Every society has its laws and norms that determine role of person in their society. Therefore the role of Women is also shaped up by societal laws and norms.

In the Baloch society, a woman has equal rights and social status as compared to men. Examples of famous Baloch woman are Baanri, Haani, Gohar, Aadenag Gung, Sammi, Granaaz, Sazein, Zarrien, Mai Chaagli and Naaz Bibi. All these women have played a vital role in their fields, their decisions inspired whole society, even in everyday life and Baloch women have held power to make decisions.

In the field of poetry, music composing and singing there have been notable Baloch women including Gohar Malik, Rabia Khuzdari, Banul Dashtyaari, Aamna Tothi, Sharifa Saothi, Naseem Shaheen and Zubeda. These women were highly skilled in their field and played effective role during their lifetimes. Naseema sang a song and she compared her birth land Malir with Kashmir, she sang ‘malir maroo e malir en malir jannat e kashmir en’.

During Chakar-e-Azam’s period his sister Baanri commanded a battalion towards India and participated in the battle of Pani Path. In the mid of 17th century Mai Chaagli ruled Lasbela, she belonged to Burfath tribe of Baloch, Mai Chaagli was a brave woman, she ruled Lasbela for decades and didn’t pay any taxes to Khan of Kalat. As a result, Khan of Kalat supported Jam of Thatta, district of Sindh, to attack Mai Chaagli’s Lasbela state and pushed her army towards Keerthar Mountain range. After Mai Chaagli’s defeat, Jam started his rule on Lasbela. Mai Chaagli sent her messenger toward Lasbela and challenged them about her return and termed it as her liability. Jam ruled on Lasbela with the support of Kalat but still he was scared of Mai Chaagli.

These are historical resemblances. In recent history, in western part of Balochistan, Dad Shah and his supporters took up arms against Iranian ruler Reza Shah Pahlavi then his sister Naaz Bibi also took part in the war. She fought and participated in war against Raza Shah Pahlavi’s army.

In Balochi Epic poetry, Gohar e Hirrani Shair is one of the largest poetry in Balochi Epics. It is the history of an era. Aadenag Gung took revenge of her father’s insult and this incident is also a part of Epic poetry.

According to Baloch tradition, when a woman without headscarf enters the battle field, the war must be stopped. If a group of women come in the house of belligerent then he will abandon his revenge and forgive the opposition party and agree on settlement in respect of their tradition.

Baloch society gives women her social status and Opportunities to utilize her efficiencies. She has participated in every field of life.  Corps cutting is a good example when corps is ready for harvesting; women also take part as harvesters in their corps fields. If she hasn’t outdoor activities then she has a role in their houses. As an artist, they make handicrafts and embroideries and teach her neighbors children about handcrafts on fabrics. In political field, Baloch women have a status, respect and the power of decision making.