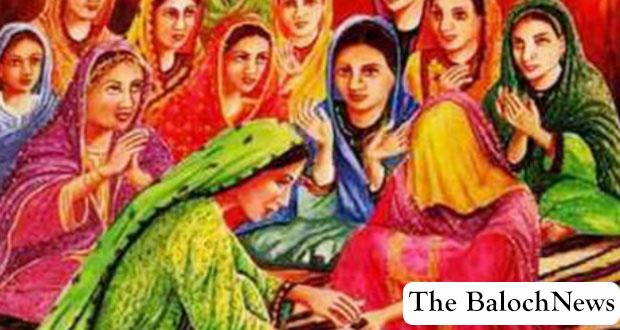 Despite being part of tribal society, women of Balochistan have been expressing themselves through the medium of folk and wedding songs, said speakers at a one-day seminar on “Women and Literature in Balochistan.”

“Wedding songs and folk lores are a great literary creation of Baloch women,” the speakers said, adding that they had shown great courage in a purely male-dominated tribal society which did not allow women even to step out of their homes.

Eminent scholars and writers from the four provinces attended the seminar and presented their papers.

Progressive writer and critic Prof Abdullah Jamaldani said that there were lots of women who delved in literature in Balochistan but were living in total obscurity.

He said that Rabia Khuzdari was the first poetess of Balochistan who had given voice to the aspirations and suppressed feelings of Baloch women even in ancient times.

Prof Jamaldani said that Baloch women had taken up the pen in an effort to change their social condition.

He said: “Women want to raise their voice against the discriminatory attitude of tribal society, but as she is helpless she took to expressing her difficulties and the negative attitude of society through her poetry.”

He lauded the efforts of prominent scholar and educationist Abdul Ali Akhundzada who paved the way for literacy and enlightenment for the women of Balochistan by imparting education not only to the female members of his family but also to the entire village of Khanozai and other areas of Balochistan.

Fehmida Riaz, in her paper on “Female Baloch character Gohar,” said: “The history of Gohar, the famous Baloch character during Chakar Khan Rind’s period, shows that there was right of personal property even in that medieval period for the women of Balochistan.”

She said that this seminar is a step in the right direction for the women of Balochistan in quest of her rights.

She was of the view that deprived Baloch women should bring about a movement as it was once stirred by the dispute over Gohar’s camels.

Three different papers were presented on Rabia Khuzdari, the first Persian poetess of Balochistan, who was persecuted by her brother for falling in love and writing poetry. Ali Baba Taj, Ali Kumail Kazalbash and Doctor Inam-ul-Haq Kausar elaborated on the poetical works and poetry of Rabia, who was the contemporary of an ancient Persian poet, Rudki Samarkandi, known as the father of Persian poetry.

They spoke on the role of women and their problems expressed in Pashto, Balochi and Brahvi literature. 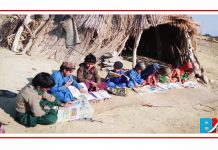