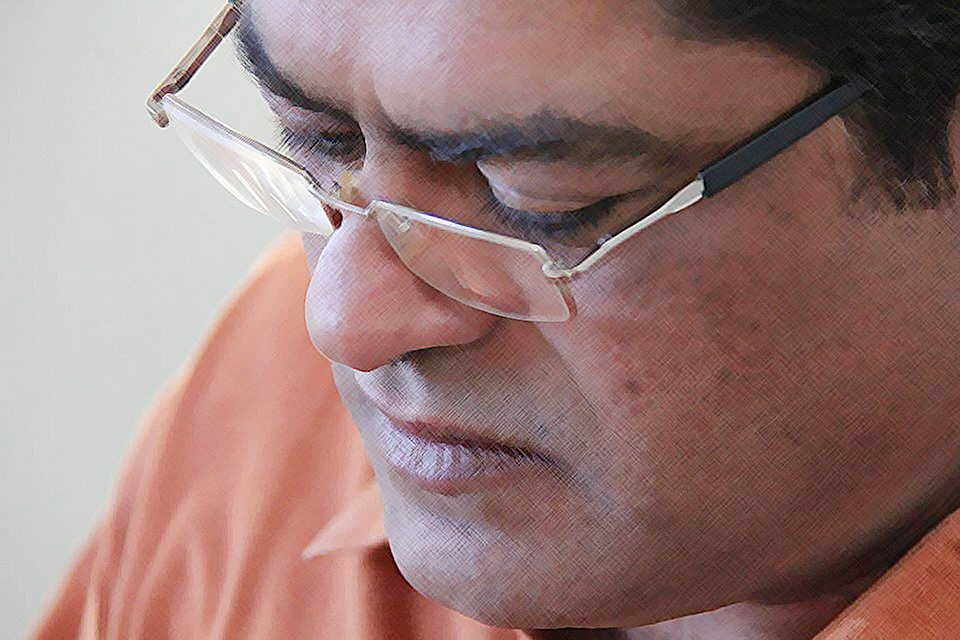 A poet, fiction writer, critic and a translator AR Dad is known as the proponent of modern views in Balochi literature.

He has the credit to introduce Balochi literature to a wave of modern theories like, structuralism, post-structuralism surrealism, and existentialism and off course the controversial post modernism. He has also excessively translated the works of TS Elliot, Charles Baudelaire, Ezra Pound, Octavio Paz and Carlos Fuentes to say a few here. In both fiction and poetry he articulates himself with such ease that either faculty seems like his forte. Vagueness and abstruseness are the hallmark of his craft. The world he constructs in his poetry appears to be surreal, mysterious and tinged with fantasy. At times it appears like an offshoot of the French surreal poetry of the nineteenth century. Through his surreal thoughts and imaginations he has undoubtedly opened new vistas in modern Balochi literature, especially in the post Atta Shad period.

So far he has to his credit two collections of poetry. They are Tahàrage Wahda (At the Time of Dusk) and Jungalé Idá Bútté? (I Wish Here Were A Jungle). Translated poems are taken from his first collection Tahárage Wahda published by the Balochistan Academy, Turbat in 2010.

Let There Be a Night or a Day Forever

Crouched in a shade, mute and silent

I’m unconcerned with the daybreak

Unaware with the moonrise

I don’t know if there falls a night

For me all seasons look the same

Whether it’s day or night

Unconcerned I’m with all these absurdities of life

Now give a new shape to this universe

Or a day with no end

Countless roads and trails and the only life!

The goblet of time is about to spill over its wine

In my thoughts and reflections

And rises a moon

Let me come out of this spell

Or a day with no end!

The Ocean of Sky

In the ocean of the sky

Reflects the azure mirror of water

We look up in the sky

As if it’s a kite

Broken away from its string

God, a dwarf and haggard man

Riding the horse of my dreams

And you will never imagine

How I pluck the flowers of kisses

My heart is black

In the hands of a child!

How we uprooted the thirst

And dropped it stealthily,

Born out of wedlock

At a door next to ours.

We held the world

And took the road