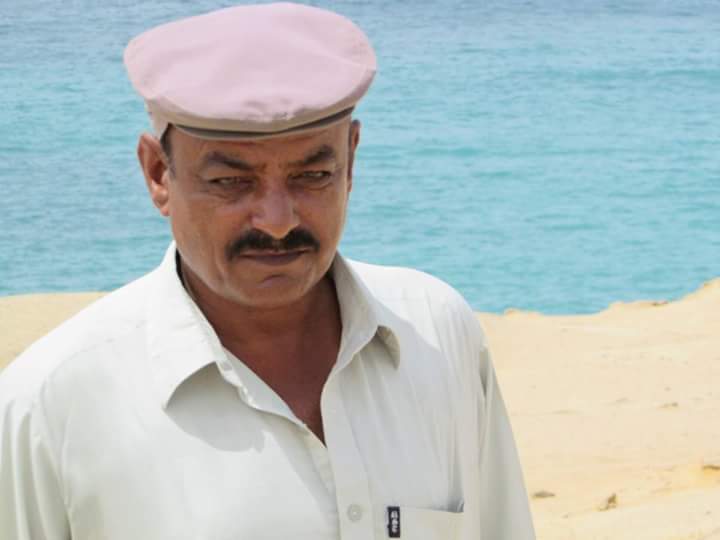 One of the finest contemporary Balochi poets, Munir Momin is widely revered for his sublime art of poetry.

Meticulously crafted images, fresh metaphors, linguistic finesse and his profound aesthetic sense earned him a distinguished place in Balochi literature. His poetry speaks through images, more than words. Hardly, any contemporary Balochi poet has ever employed images so beautifully as Munir Momin has done with such ease.

In the early days of his poetry his language was more complex and laced with intricacies that rendered his thoughts a tad vague and indistinct. However, with the course of time, it evolves and become inimitably simple.

Momin’s poetry flows far beyond the reach of any ideology or socio-political moment. Nevertheless, he is not ignorant of the stark realities of life. Immenseness of his imagination and his mastery over language rescued his poetry from becoming the part of any mundane narrative.

Momin divides his time between Pasni and Gwadar Balochistan. He also edits a literary journal Gidár.

Momin’s poetry flows far beyond the reach of any ideology or socio-political moment. Nevertheless, he is not ignorant of the stark realities of life

The Earth & the Sea

A scrawled evidence of sails

A song chanted by the wind

On the wedding of trees.

You stay awake hopping for the moment

When the wind falls asleep

And you’d turn all your yearnings into a bird

And let it fly.

To decipher the script of my thirst,

I’ve gulped down the flames of my lamps.

The moment the sails come out of their slumber,

The sea will banish all its waves.

You know as well

The earth begins right from the spot

Where tired birds end their flight.

In the Middle of a Tryst

A day can break

A night can sleep

A city can rest

A dream can bloom

But this solitude, which is a sleeping soldier,

Would vanquish like the sadness over a snuffed-out lamp

Far from the threshold of our hope

Where wind plays with pearls

And moon is a drop of honey

But in a farther premonition

The entire world is a dead street

Neither you exist nor I

Neither a day nor a night

Neither any memory of the moon nor a dead firefly

Not even an encounter in the darkness

Not even a lament over a broken promise

There was a bird that flew away

There was a needle

Than every elusive moment of happiness

Than every hour of unrelenting grief

Than the stained robe of the night

Than the sacredness of dawn

That is the climax of all desires

Than the lamp that has drifted off in night-streets

And can’t make it back to the day

Every day, I fabricate and unfold to myself

In the name of your love

Than me, than my hope