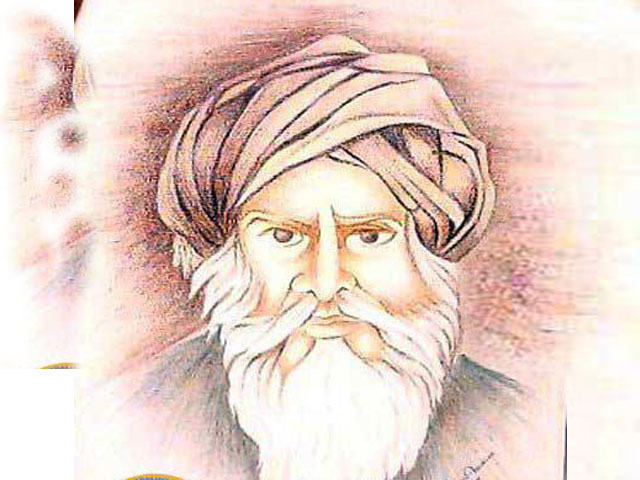 A literature cannot acquire an accurate place in the history unless it has some audacious personalities to promote it. Definitely, every literature that flourished was not a miracle, or rather it flourished by dint of the sincere and due efforts of the people who speak that language. Similarly Balochi is known as the mother tongue of an existing nation which has an awe-inspiring historical background and some thought provoking personalities to be proud of.  Proudly, Balochi literature seems to be lucky to have such a glorious name within its pages, namely Mulla Fazul, who bestowed a new life to the language and the literature in an unsupportive time.

His exact date of birth has not been recorded in the history; however, as estimated through his own poetry that he got birth during 1200 Hijri. His father’s name was Chaawash, son of Jangiyan, who was firstly the resident of ‘Soldan’ then later on, migrated to ‘Qasumi Chaath’, which is located in the northern mountainous areas of ‘Mand’.

As stated by the people of ‘Mand’ that a story with regard to his birth has been widely famous and known, that before the birth of Mulla Fazul, his loving mother dreamt a dream having two shining stars on both of her hands and spreading light in a gloomy night. After this dream, she got restless to know what the meaning of that dream was. With the same intention, early in the morning she headed nearby towards “Shahbek-e- Kalath” (the palace of Shahbek), where lived an old woman, “Rozo”, who was quite expert in interpreting dreams. Mulla’s mother shared whatever she had seen in her dream. Rozo explained that she would have two very intelligent sons who would be immortal forever due to their smartness, sharpness and intelligence.

Interestingly, happened so, they both were in shape of Mulla Fazul and Mulla Qasum, whose heart-touching poetry and everlasting contributions to Balochi literature have been the cause of their remembrance in our hearts and engraved their names in Baloch history with golden words. Both brothers were shepherd in childhood and were very close to each other. As usual, on a sunny day, they left their home in order to graze the flock of the goats and sheep. While grazing the flock, they got exhausted and leaned under a shady tree where Mulla Qasum fell asleep, but Mulla Fazul remained awake.

After a short while, as Mulla Fazul was about to doss down, he noticed an old man standing in front of him with long white beard and dressing in wide and large clothes, looked like a sage or a magician. The old man took out a bottle of water and gave a little of that to Mulla Fazul to drink. As Mulla took some gulps of the water, he got strange feelings and felt brightness in his eyes including heart. He awakened his affectionate brother ‘Mulla Qasum’ and gave the remnant water to him. He felt the same after drinking that little water. It was something miraculous as happens in fairy tales. This accident sharpened their mind, as new thoughts and opinions started emerging.

Mulla Fazul was a man of great intelligence and wit of the moment and had pure love for his mother tongue ‘Balochi’. He was physically weak and midget, but well-spoken and had a persuasive way of convincing the opposite people, which had been a great source of his success in every step he took.

Having a studious glance over the poetry of Mulla Fazul, one can scrutinize different ways of arranging the words in a sequence which falls in his poetic talent. As he says,

By this beautiful collection of the words, one can observe the height of his intelligence and the beauty of expressing the words. It leaves a great importance to know that after he started composing poetry; Balochi poetry was limited to very less topics, but he gave a new and a reverent life to Balochi poetry with his poetic thoughts and impressive poetry. He was not only expert at composing poetry in Balochi, but also in ‘Arabic and Persian’. Most of his topics in poetry referred to “war”, “love”, “events”, “unity of the nation” and “religion”. His love for nation and religion was really immeasurable and always wanted the nation being united. As once he uttered,

As a result of having a lot of knowledge, high level of intelligence and the guts to write heart-touching poetry, some of his poetry got the status of Balochi proverbs (Bathal). Like,

Surely, Baloch writers have strove hard to compile books on Mulla Fazul’s life and his attractive poetry since it is never easy to search for old materials and compile a book. It is appreciable that so far three books have been compiled. One of them is, “Shap Cherag” the first compiled book which includes some of Mulla’s poetry, compiled by Basheer Ahmad. Faqeer Shad, a nice writer, compiled the book “Drapshoken Suhail”. It is also the collection of some of Mulla’s poetry and the ultimate one is different because it is all about Mulla Fazul’s life, compiled by Rahim Meher Baloch.

Mulla Fazul embraced the death in 1270 Hijri which is engraved on his tombstone at present.