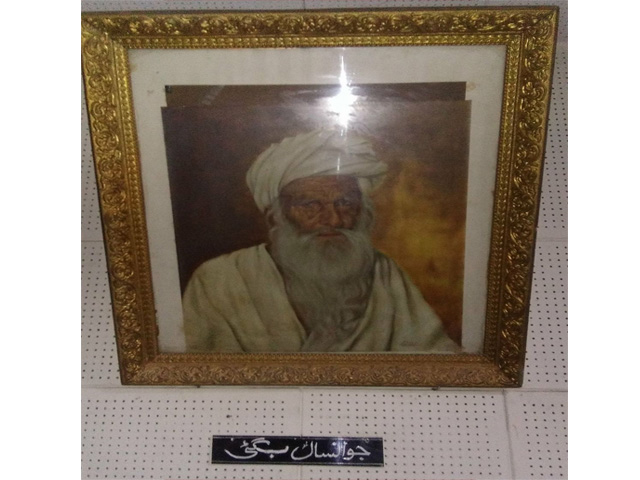 Balochistan is highly known as a well-off area and the Almighty Allah has blessed the region with several natural resources.  Apart from this, well-known poets have also been gifted to this land by the Almighty Allah. However, a poet, in later nineteenth century from Dera Bughti, put his footsteps on this land. He is highly known as one of the greatest Baloch poets whose name is Jawansal Bughti.
He was born in 1885 in a small village ‘Khaten’ in Dera Bughti. The real name of Jawnsal Bughti was Ibrahim Bughti and his father’s name was Noor Mohammad Bughti. Moreover, it seems unfortunate that his respective parents left him in his early age. After the death of his parents, his grandmother ‘Bibi Razia’ took the responsibility to bring him up. It was an extreme source of pleasure for him that he was brought up by his grandmother who was already a poet.

So he wanted to follow his grandmother’s footsteps. Resultantly, today he has a gigantic reputation in Balochi literature. Jawansal was far from educational institutions. He passed his early life in grazing goats and sheep.

Most importantly, his contributions to Balochi language and literature are appreciable. Jawnsal Bughti is counted one of the greatest poets of second era of Balochi classical literature. In fact, he was not a well-educated person but in his pieces of poetry, we can find highly deep ideas with regard to social problems which took place in that era.
Besides this, his encouragement towards good deeds, ethics and so forth are the extreme source in building a well-aware society. Because he faced all those ups and downs to express those ideas in his pieces of poetry which are the high sources in developing a great surrounding. In his pieces of poetry, one can surely find beauty with regard to glorious and beloved land of Balochistan which is everlasting. On the other hand, he has also written hymn in which he praised Almighty Allah with regard to blessed natural resources to his motherland, Balochistan.

Therefore, he has an unforgettable reputation across Balochistan. It is a great achievement for him that in today’s world, he is in the heart of every Baloch. No doubt, his language was not that much pure like other Baloch poets, for instance Sayad Zahoor Shah Hashumi, Ata Shad, Mubarak Qazi, and so on, but it pleases me to mention that his contributions to Balochi language and literature need to be appreciated.
Apart from these, an interesting incident took place in his life which is extremely memorable to everyone. As it is said that once he slaughtered his all goats and sheep and invited his all family members to have lunch, when they made sure their respective presence, he was asked the reason behind it. He replied that respect and honor had been ended off and he was celebrating the ‘chillum’ of them.
If we have a glance over his personality and contributions for Baloch, Balochi, and Balochistan, we will find him really important for every individual; because in his pieces of poetry, we can clearly find commitment and motivation for Baloch towards good deeds which are extremely respectable for every Baloch. This great and famous Baloch poet left this world in 1965; but, there is no denying the fact that his ideas, motivations and his feelings, in shape of poetry, are in the heart of every Baloch.